Ashikaga Flower Park is a true flower theme park with nearly 94,000 square meters of horticultural collections in many varieties. Ashikaga is the largest Wisteria flower garden in Japan. The most popular attraction by far is the Wisteria Festival held in Mid-April through Mid-May when approximately 350 wisteria trees including the Great Wisteria and 5000 Azaleas are in full blossom. The Great Wisteria Tree is over 150 years old and its three large trellises are spread out to cover over more than 1000 square meters with about 80,000 individual flowers. The park offers stunning floral sceneries all around the year, but the Wisteria Festival is the reason why Ashikaga Flower Park is so famous. 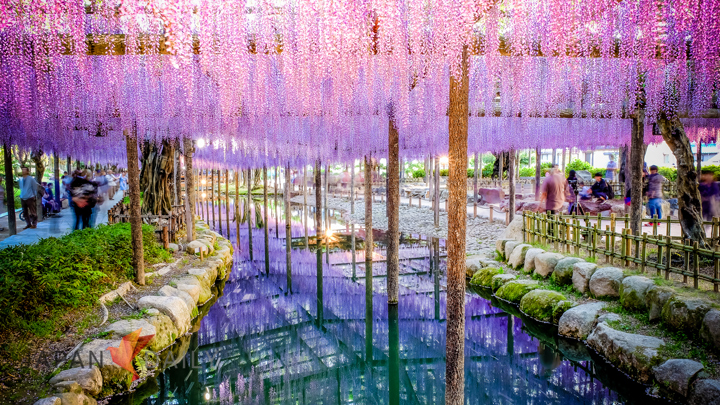 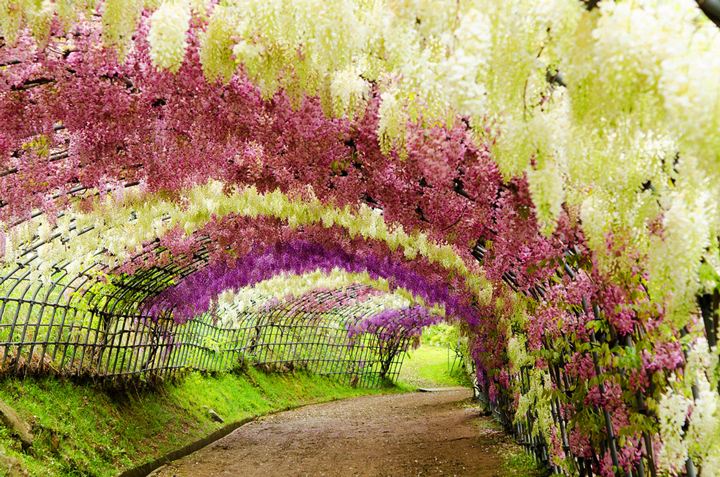 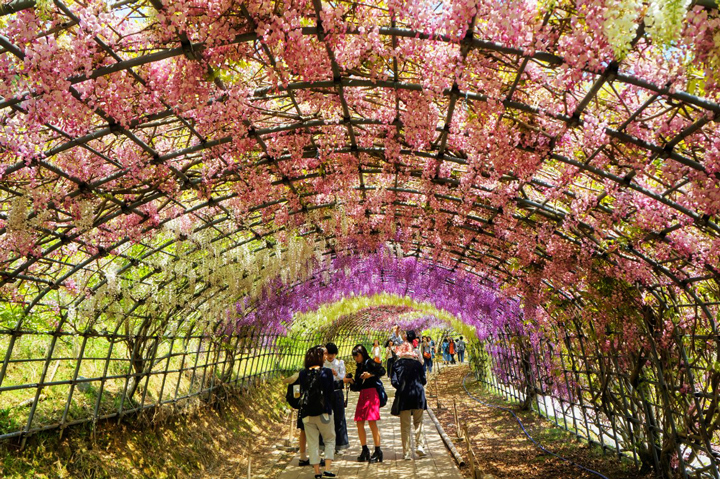 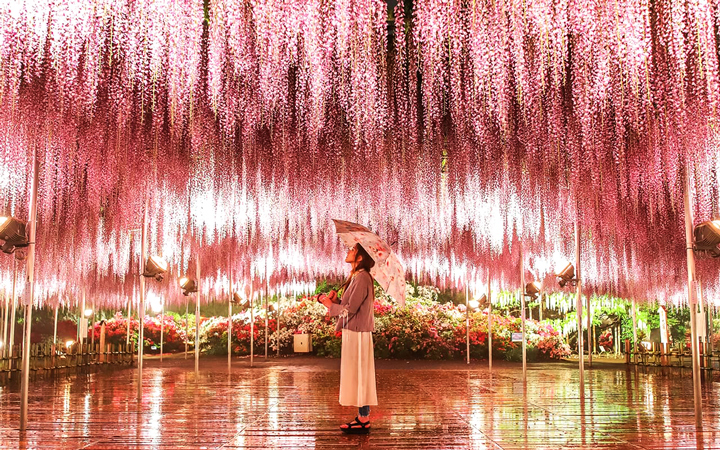 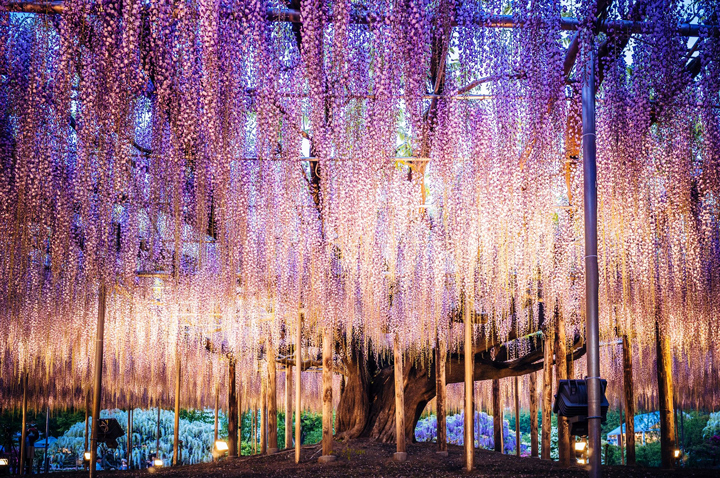 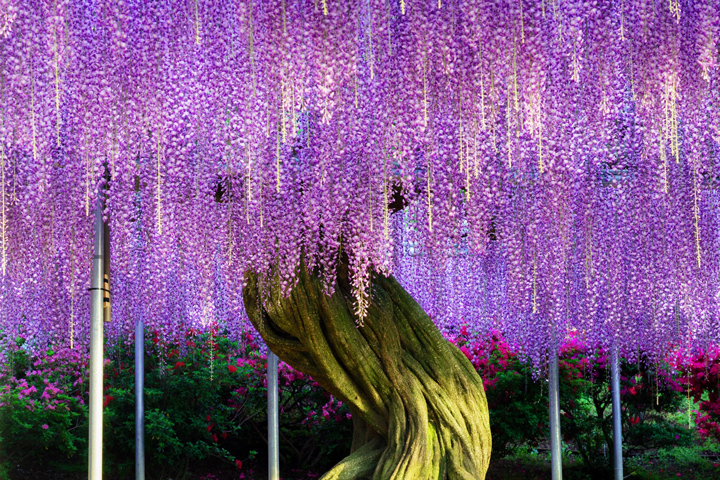 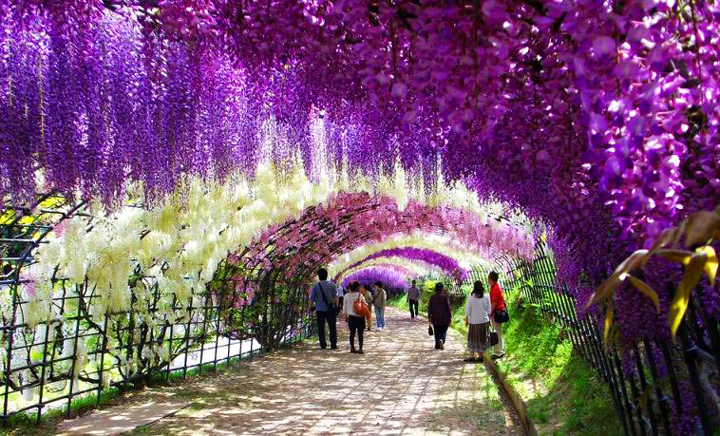 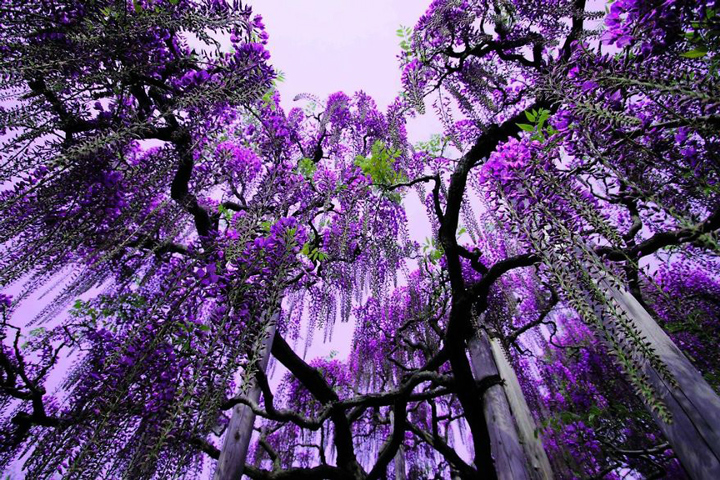 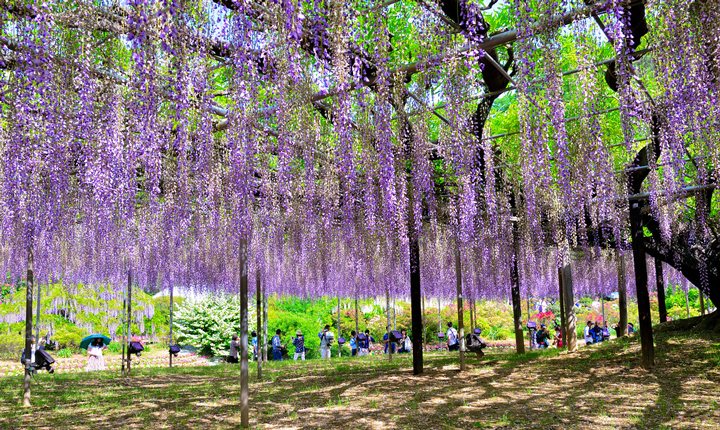 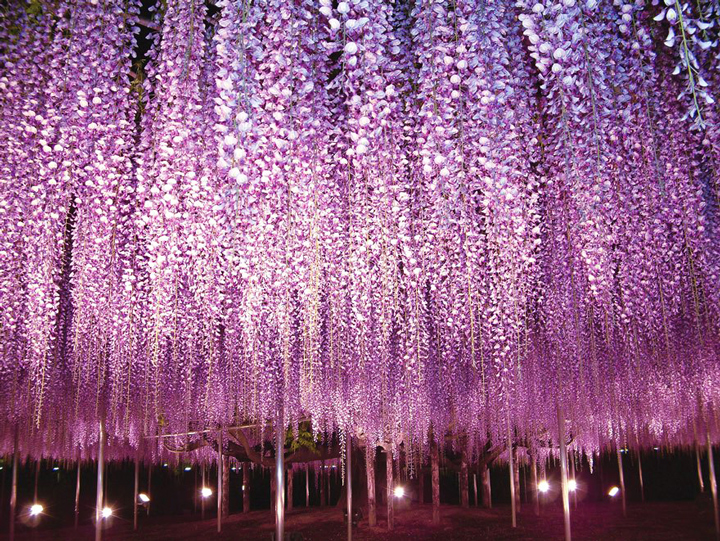 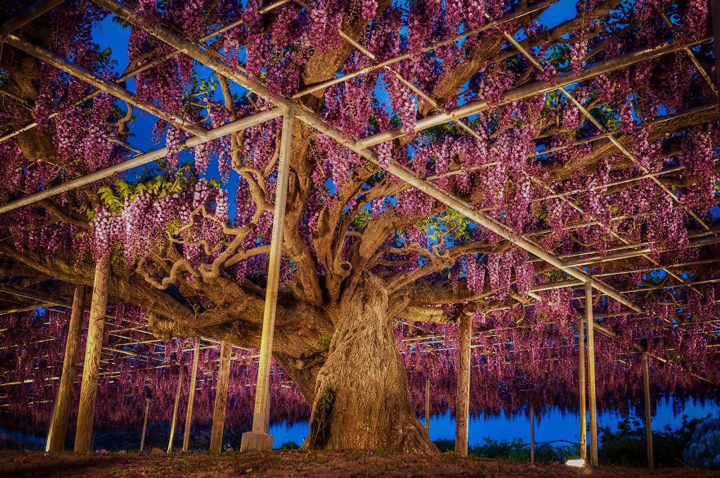 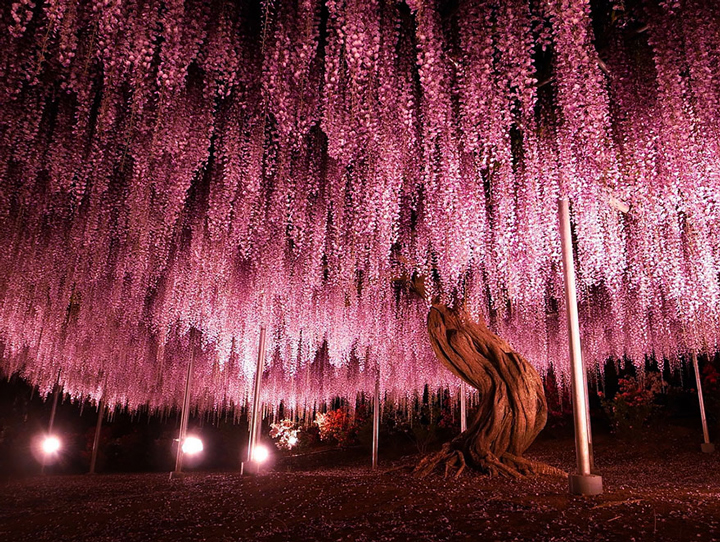 The park even offers spectacular illuminations that are known as one of Japan’s greatest night views. The illuminations have been the top choice of the National Illumination Ranking for the second year in a row. With more than 1.5 million visitors in one year, it is obvious that Ashikaga Flower Park is a must-see tourist destination. 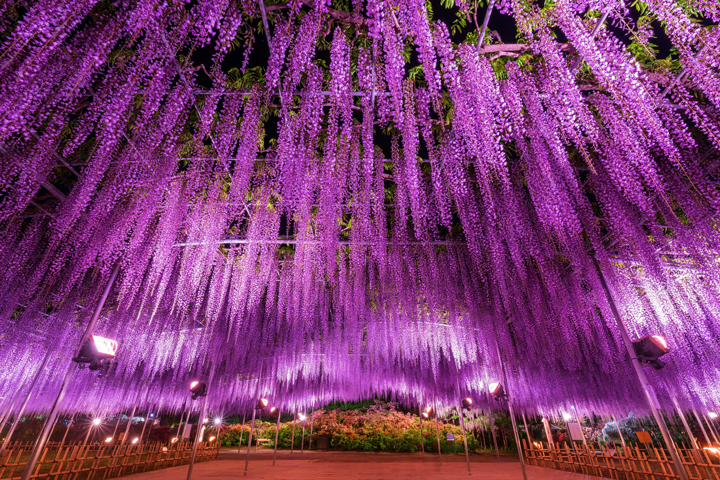 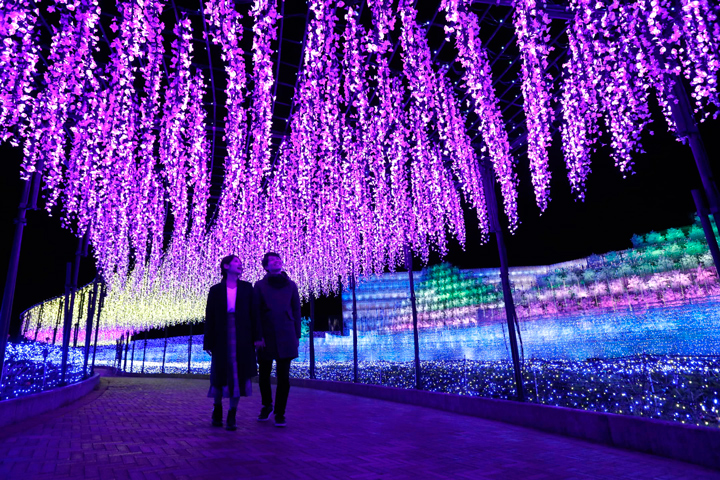 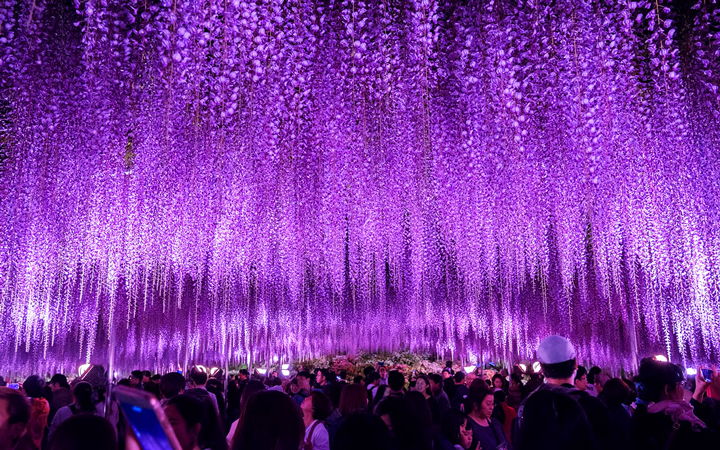 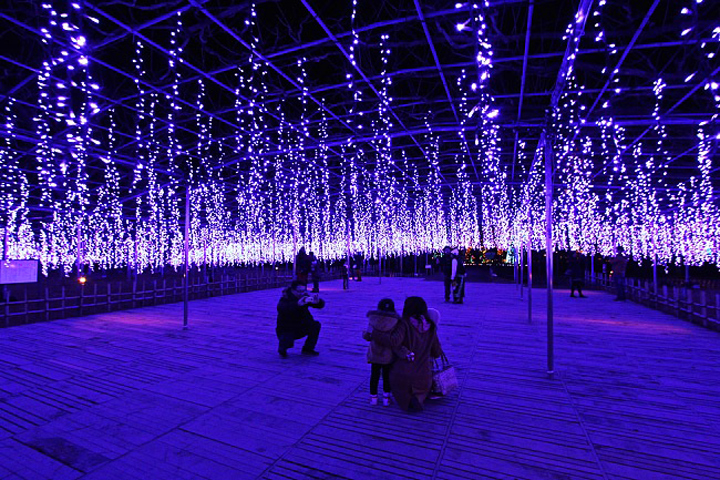 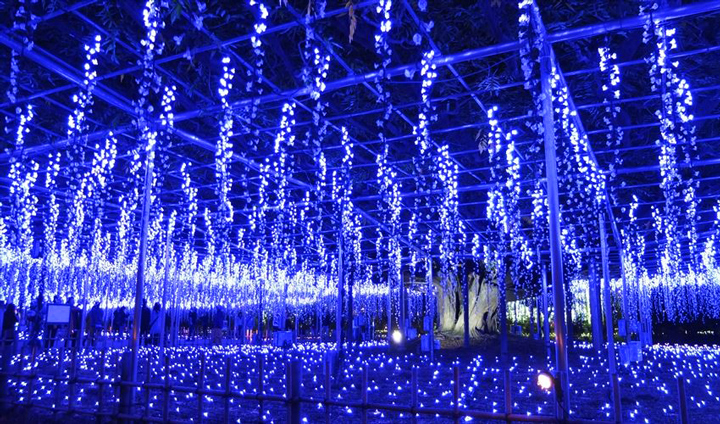