The Audi e-tron GT Concept prototype was presented for the first time in November 2018 in Los Angeles. Audi officially unveiled the production e-tron GT on 9 February 2021. At the same time, Audi also introduced a sporty RS version. The new Audi e-tron GT is Audi’s first purpose-built electric car that isn’t an SUV. It’s an alternative to the Tesla Model S and shares plenty of components with the Porsche Taycan. It’s also available as a high-performance RS e-tron GT, which is the first Audi RS electric car ever made. 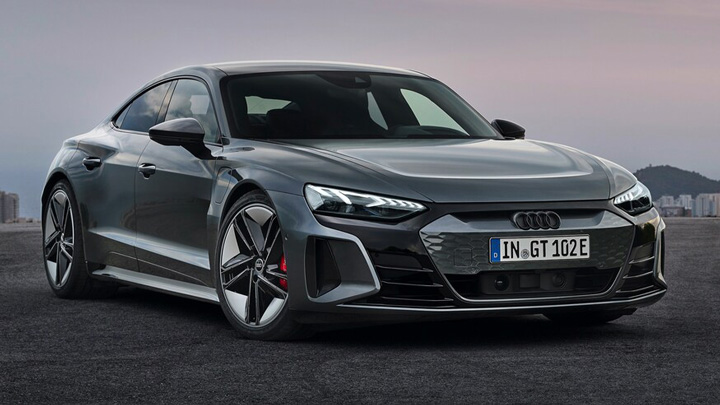 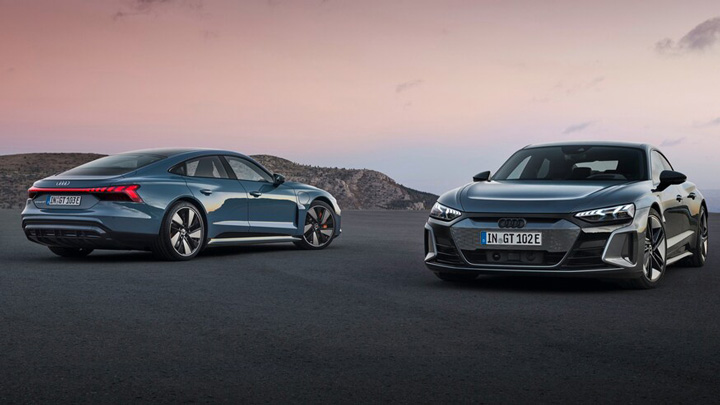 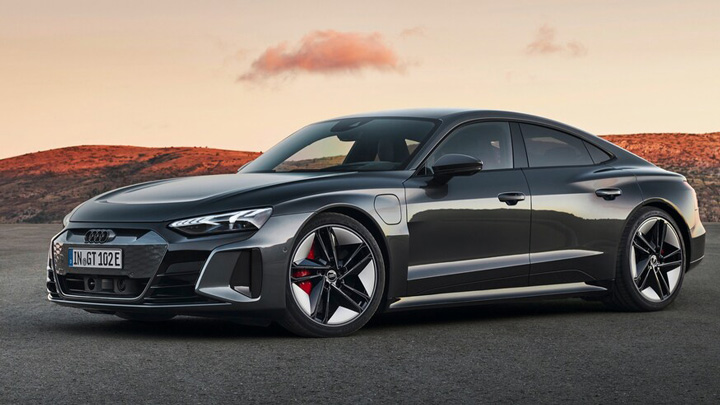 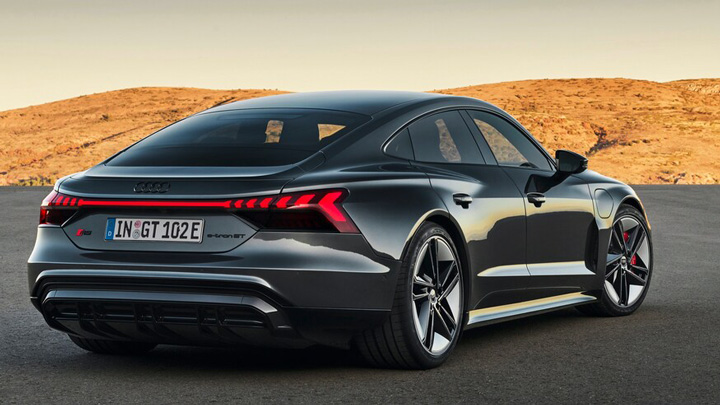 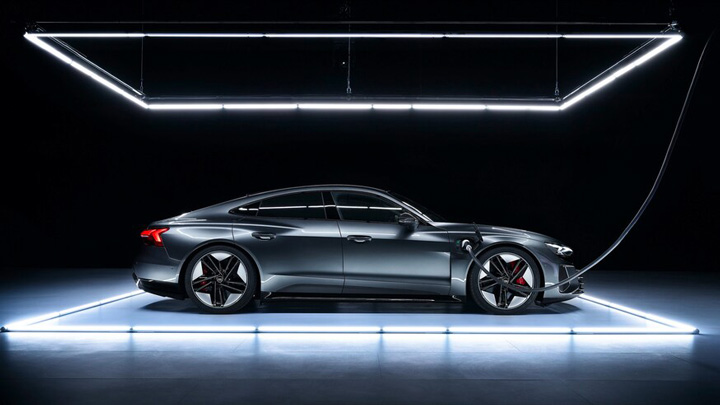 The full-width brake light takes inspiration from the Audi RS7 Sportback’s rear end, and the slatted rear diffuser looks suitably aggressive without the need for any fake exhaust pipes – it is an electric car, after all. The Audi e-tron GT is almost as long as a Q8, but it’s lower than an RS7 Sportback. This, combined with its flat floor and air-slicing 20-inch alloy wheels, mean it produces very little drag at high speed. The Audi e-tron GT comes with two electric motors. There’s one at the front to drive the front wheels, and one at the back to drive the rear wheels, which together produce 476hp. There’s also a boost mode that ups the power to 530hp for 2.5 seconds. In RS e-tron GT, you also get a more powerful electric motor at the back, so instead of the standard car’s 476hp, the RS produces a total of 598hp. And with Boost mode engaged, this goes up to 646hp. That’s 46hp more than you get in an RS6 or RS7. Audi’s gone for a one-size-fits-all approach for the new e-tron GT. Every model – including rapid RS models – comes with a 93kWh battery and will give you about 300 miles of range. 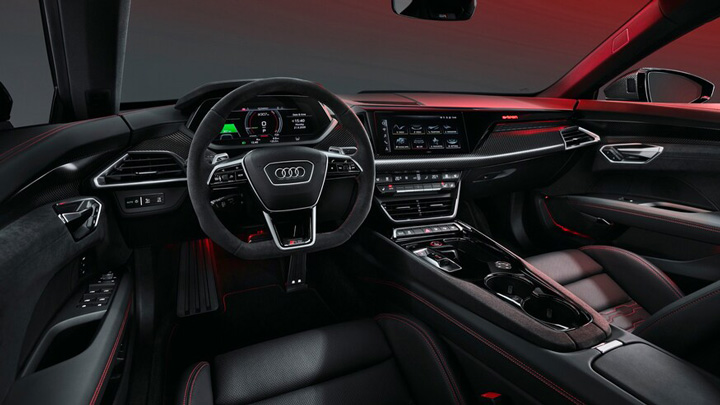 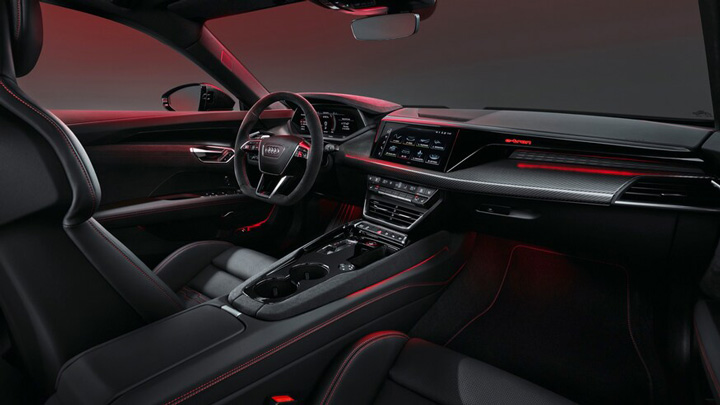 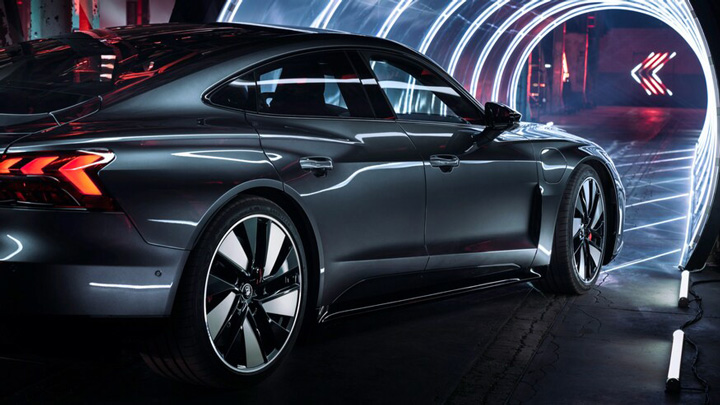 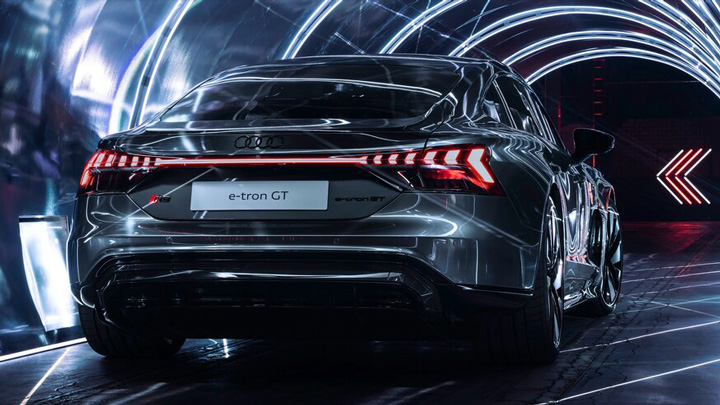 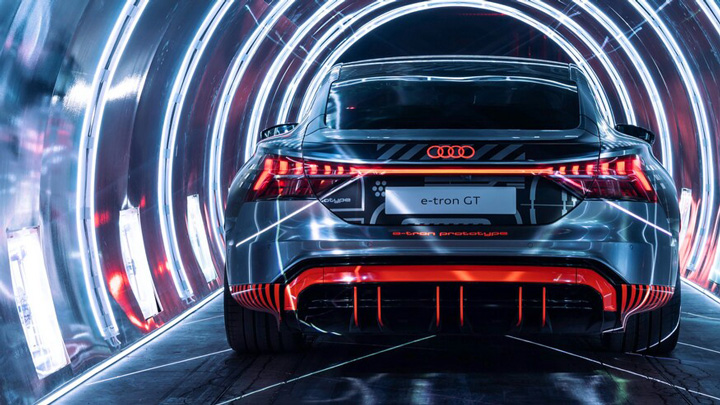 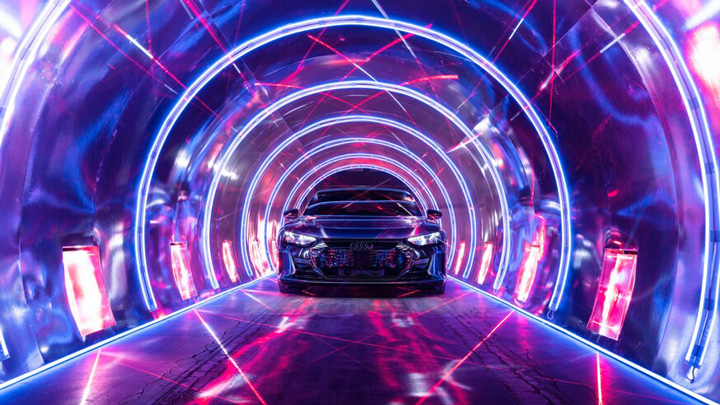 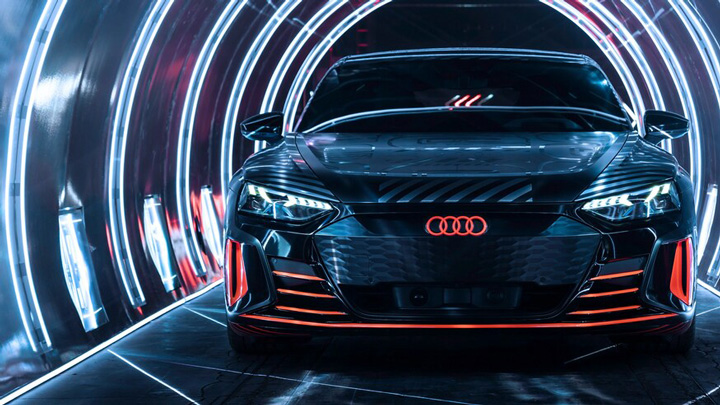 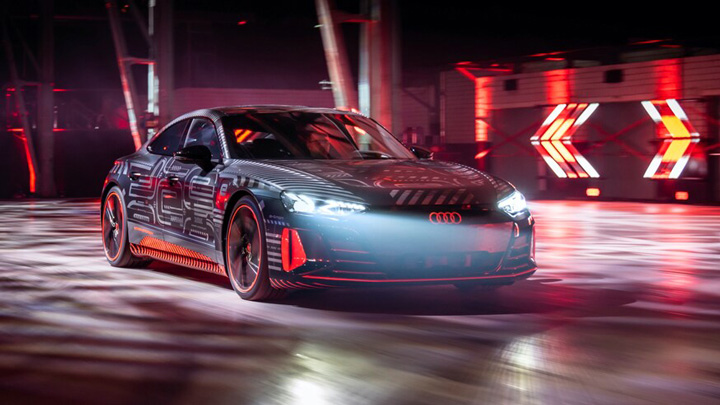 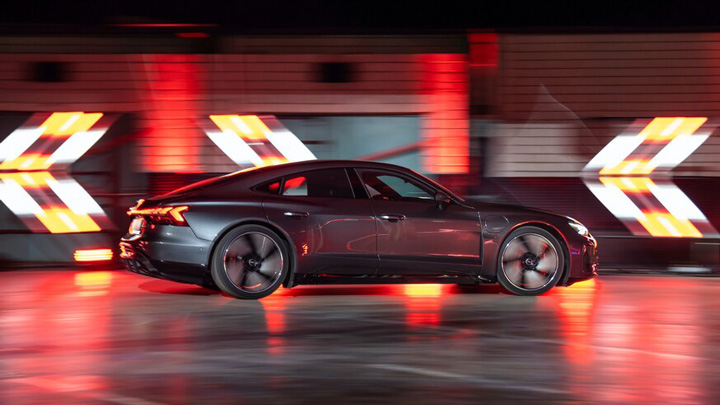 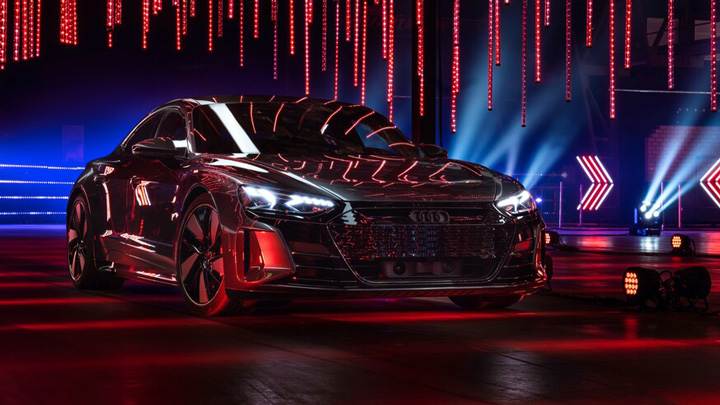 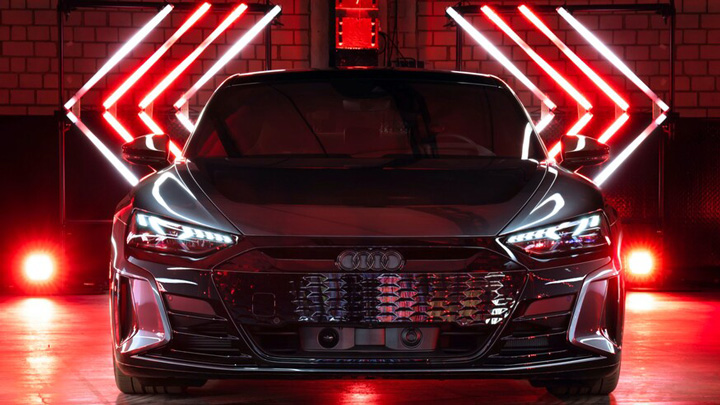