Dustin Yellin (B. 1975, Los Angeles) is a contemporary artist living in Brooklyn, NY. He is known for his work in which the artist embeds "hundreds of little pictures, drawings and images clipped out of magazines, art books and the like" to form complex and intricate tableaux in miniature. Dustin Yellin is as known for his image-rich sculptures as he is for his entrepreneurship, reflected in his contemporary art hub, Pioneer Works, his magazine of artist interviews, and his work in his own studio. Pioneer Works is a multidisciplinary cultural center founded by Dustin that builds community through the arts and sciences to create an inspired world. 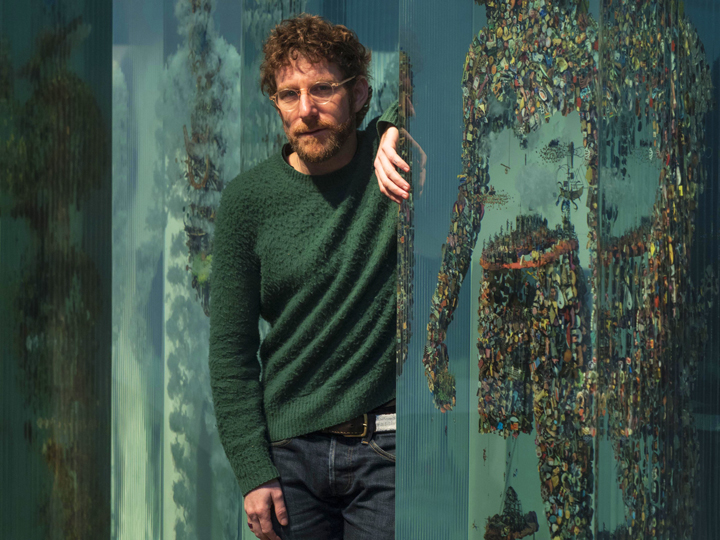 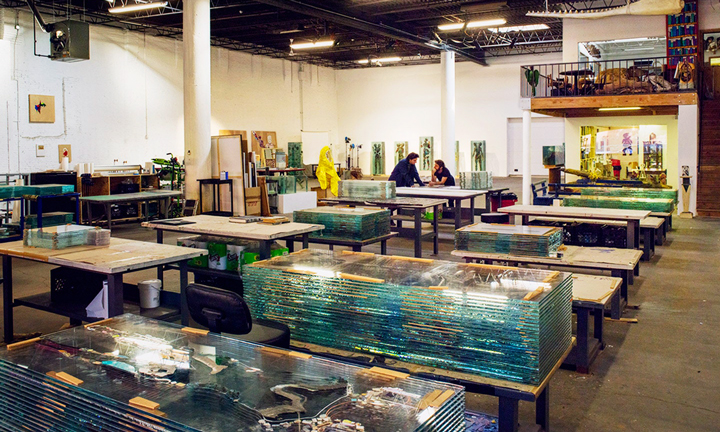 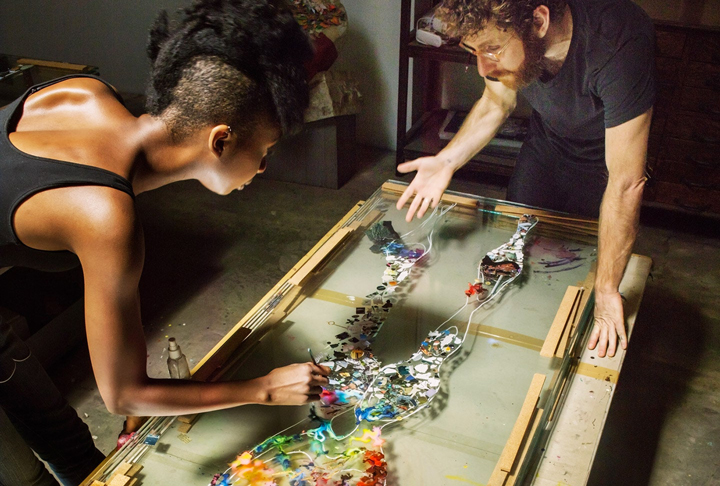 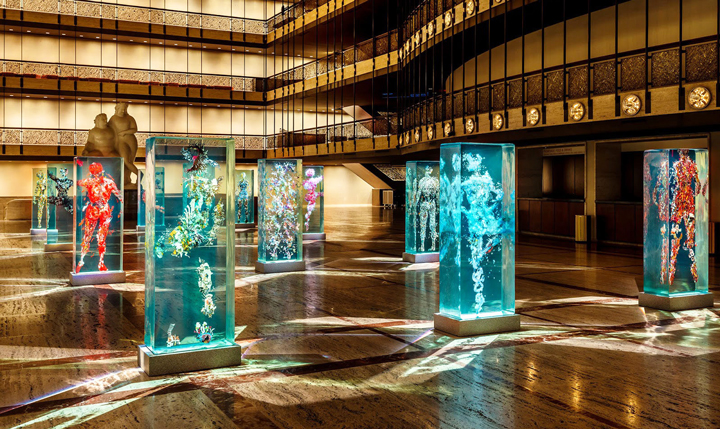 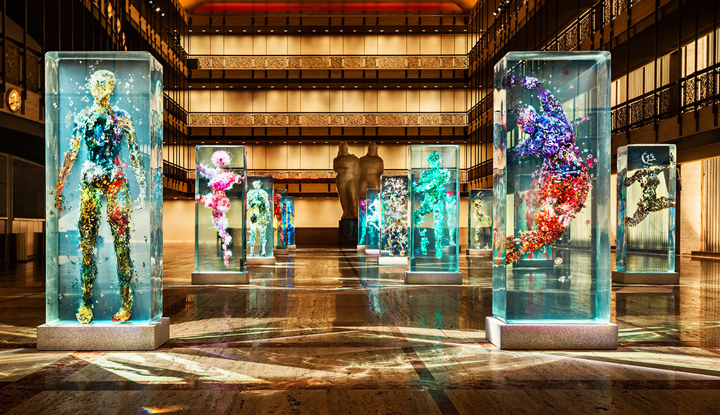 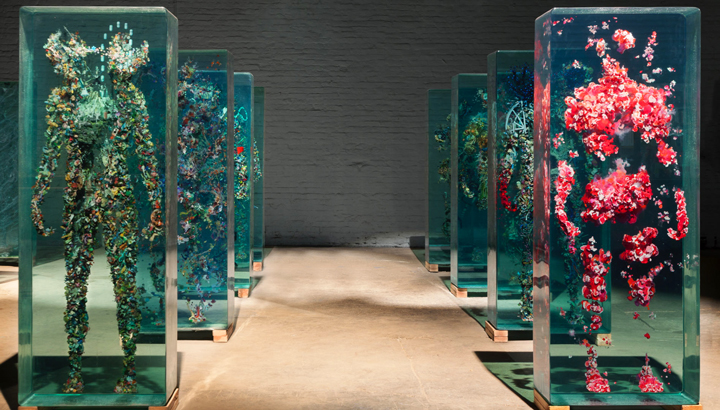 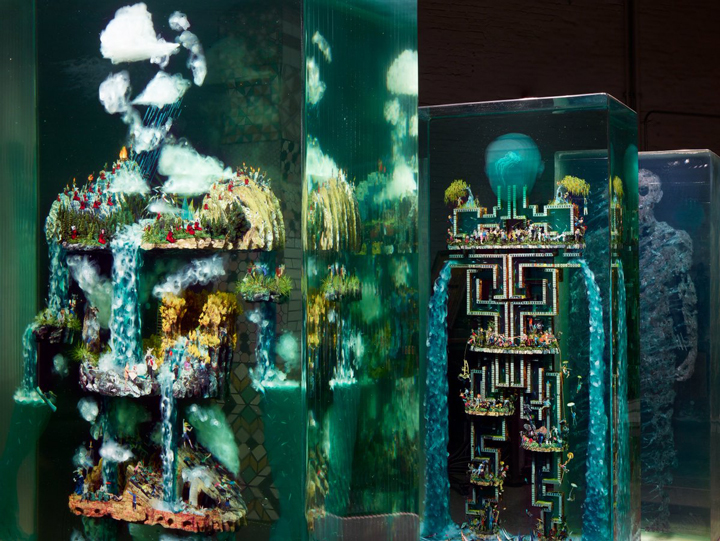 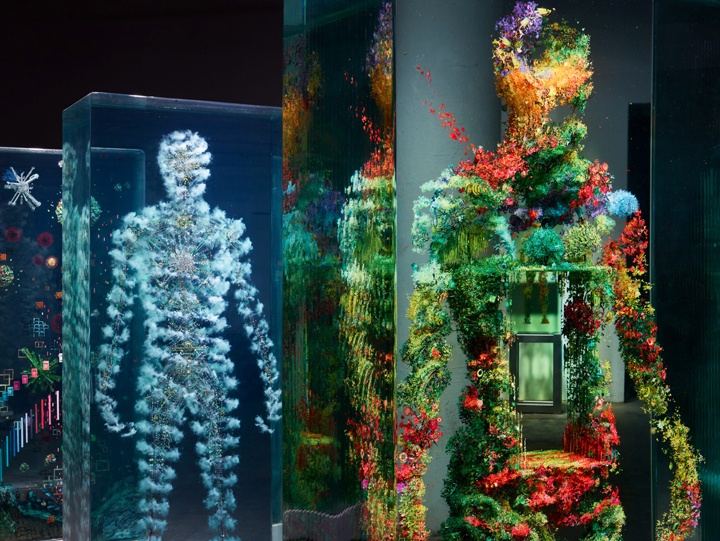 Drawing on both modernism, and the sacral tradition of Hinterglas painting, Yellin primarily works through a unique form of 3-dimensional photomontage, in which paint, and images clipped from various print media are embedded within laminated glass sheets to form grand pictographic allegories, which the artist calls “frozen cinema”. His sculptures—from large- to small-scale— coalesce into shape-shifting narrative scenes, human figures, or isolated natural forms. 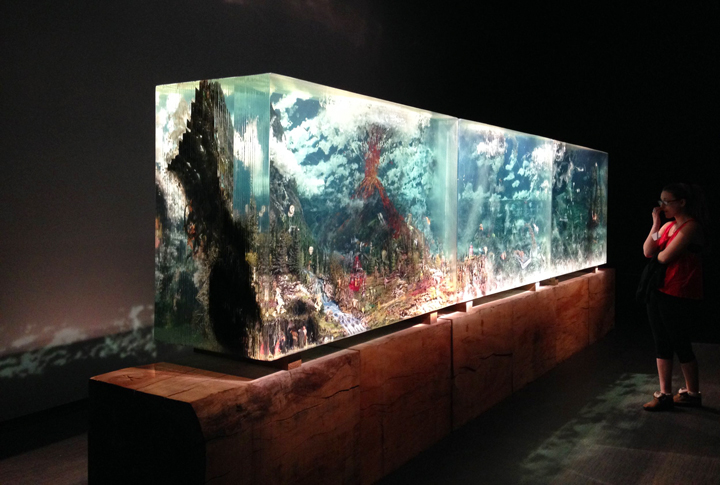 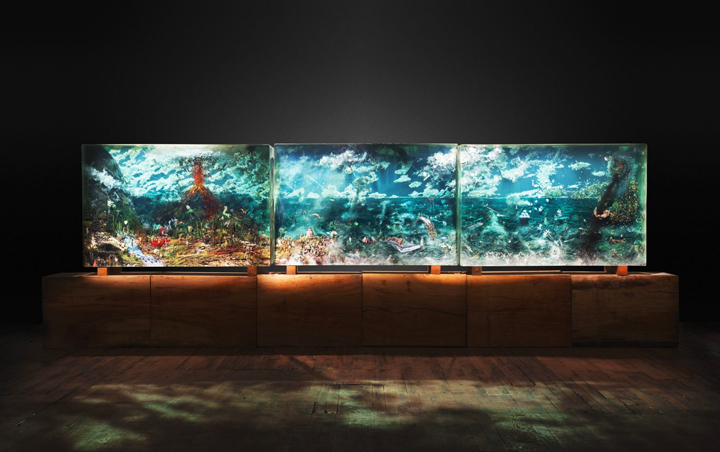 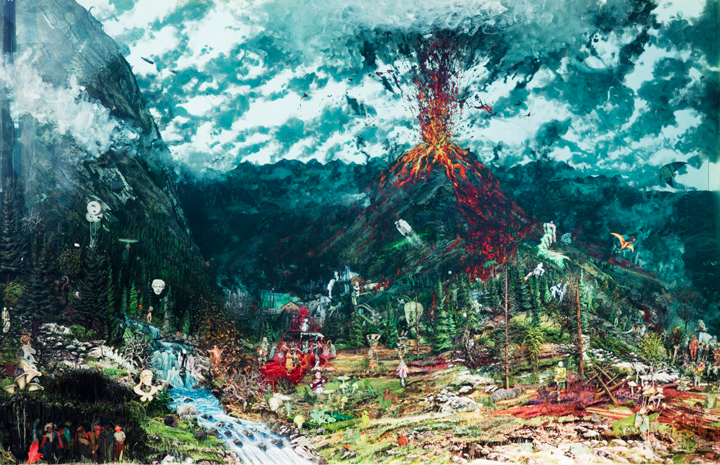 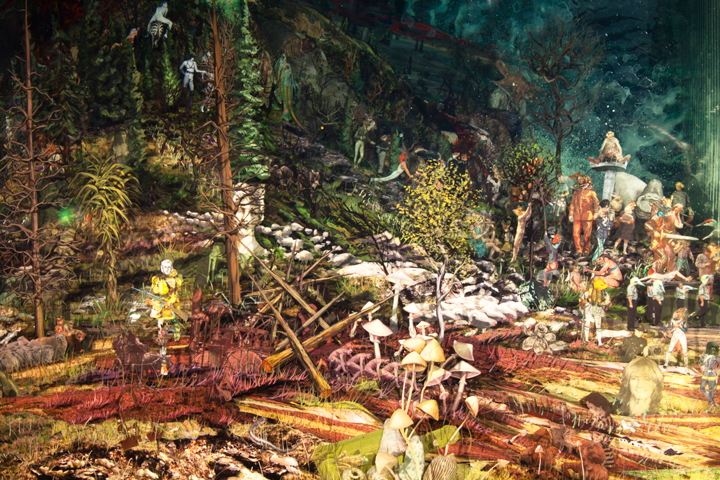 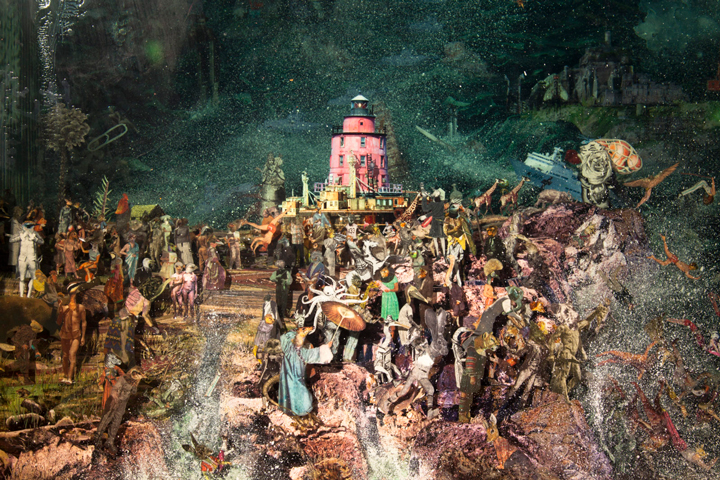 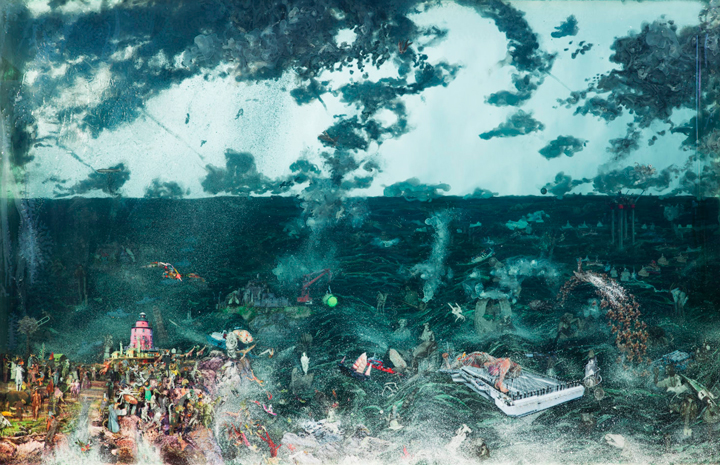 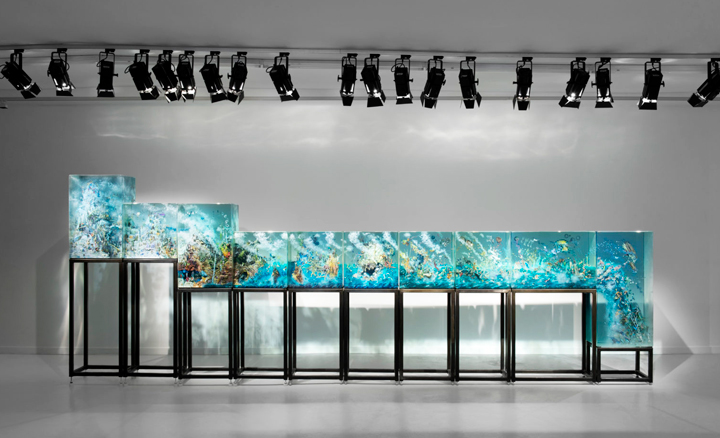 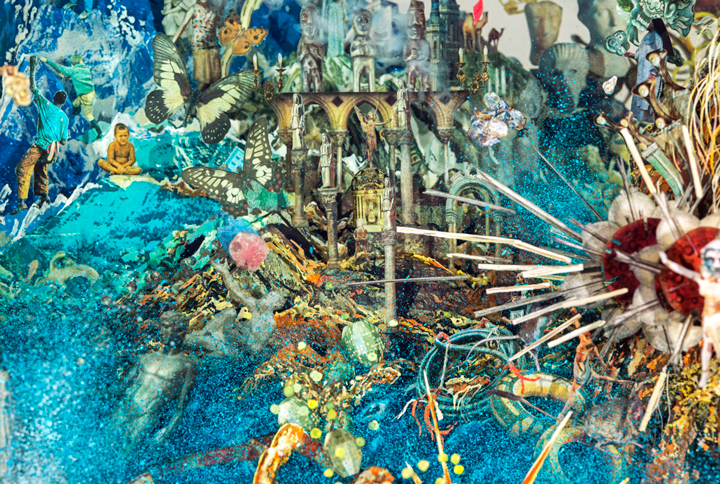 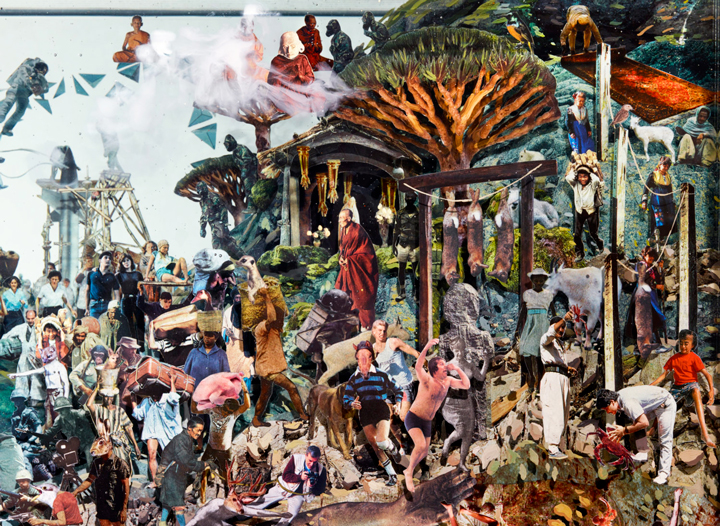 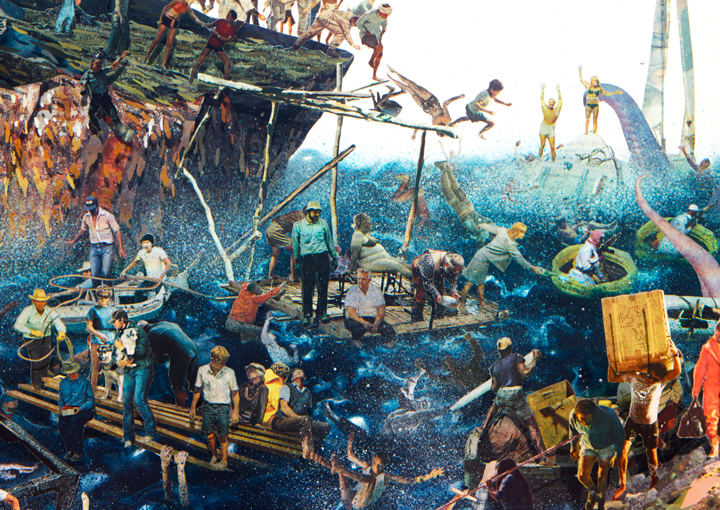 His work has been exhibited at Amorepacific Museum, Brooklyn Museum, City Museum, Colección Solo, Corning Museum of Glass, The Kennedy Center, Lincoln Center for the Performing Arts, Museo Del Palacio de Bellas Artes, amongst many others. He holds an Honorary Doctor of Humane Letters from the Savannah College of Art and Design. 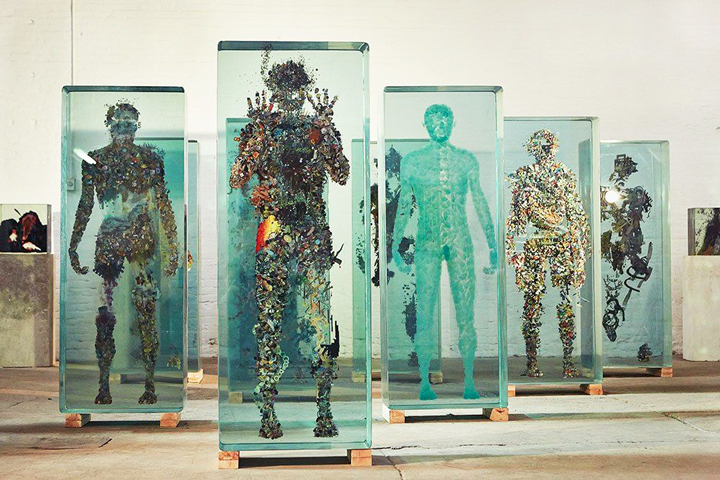 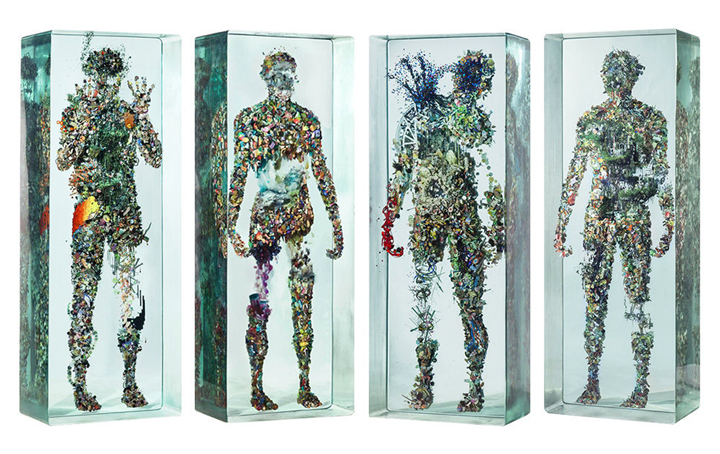 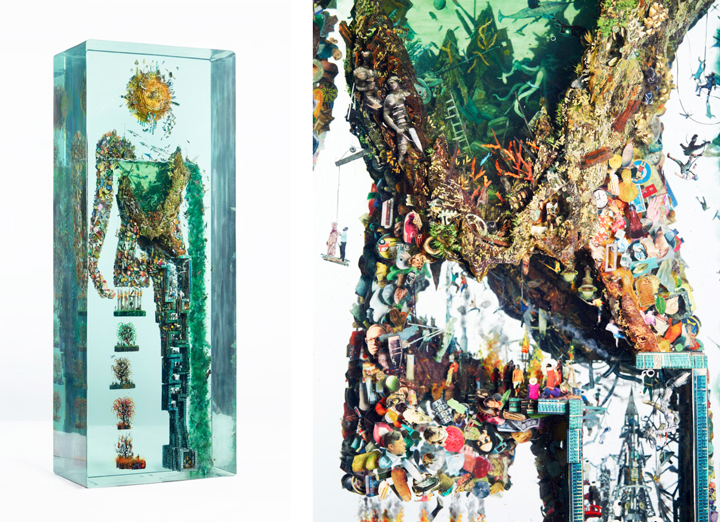 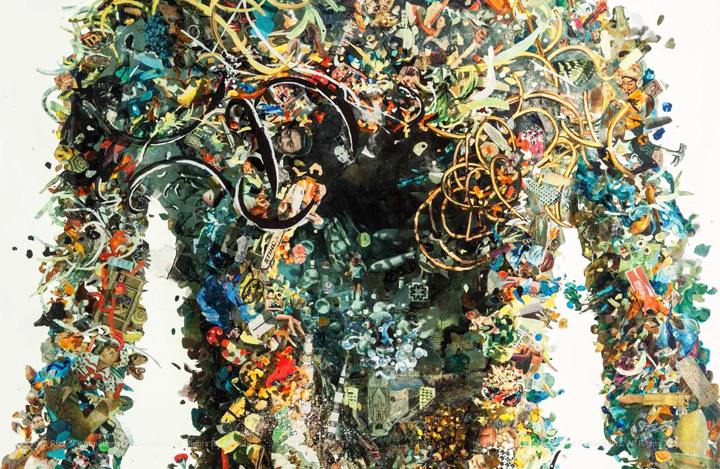 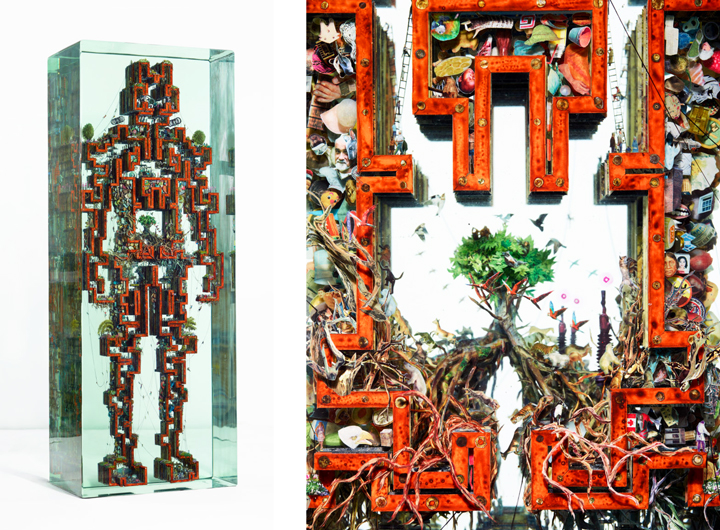 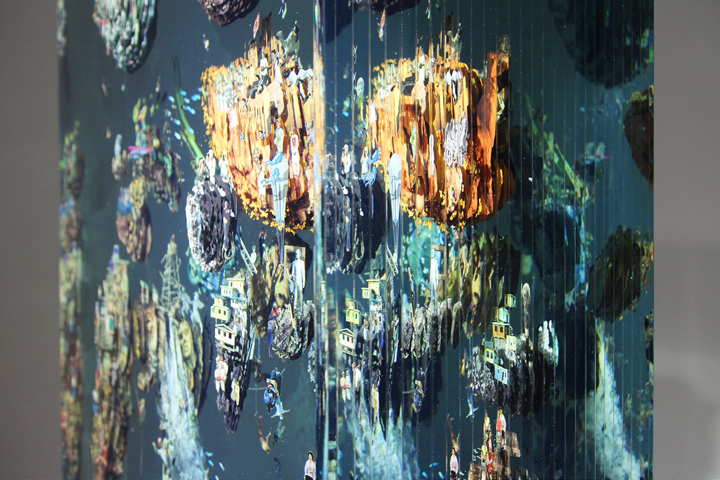 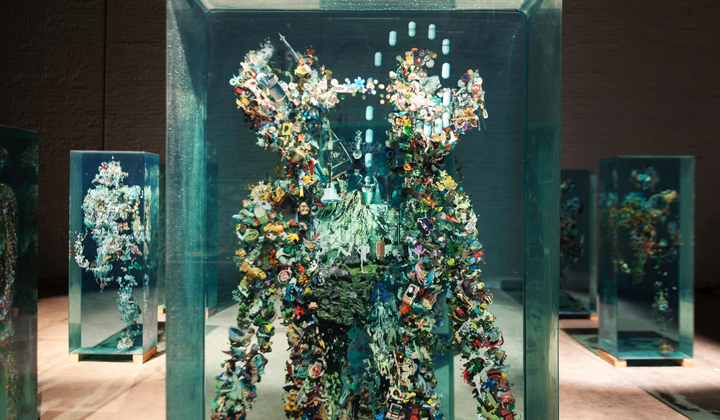 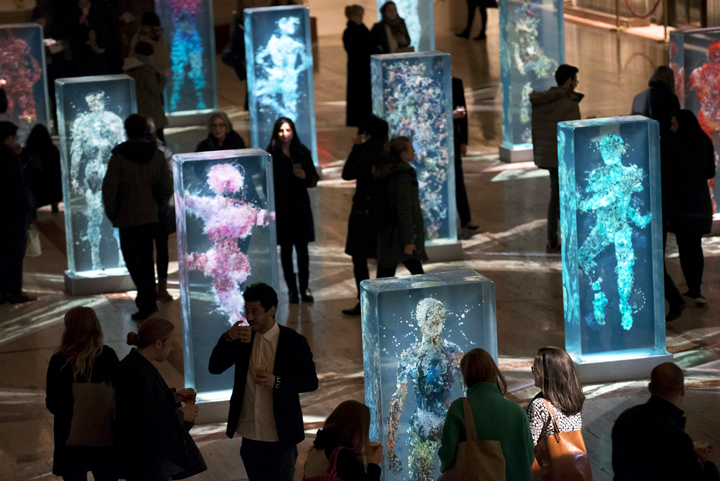