With 1,648,195 km² territory, Iran is the second-largest country in the Middle East and the 17th largest country in the world. The vast land of Iran covers a very diverse natural topography, ranging from magnificent beaches stretching for miles to mysterious arid deserts. Comparing these natural attractions with similar wonders in other countries, proves that Iran is truly a hidden gem in Western Asia.

Darak beach is an amazing natural attraction, located in Sistan & Baluchistan province. It is a unique beach where the cold waters of the sea brush against the dunes of the desert. A similar natural phenomenon exists in Namibia, Southern Africa, where the sea and the desert meet. 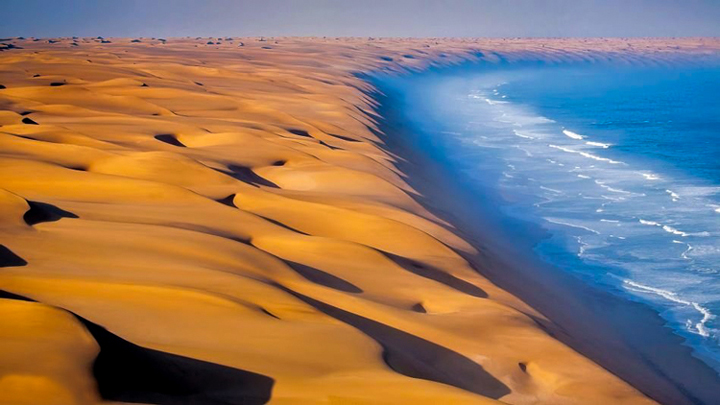 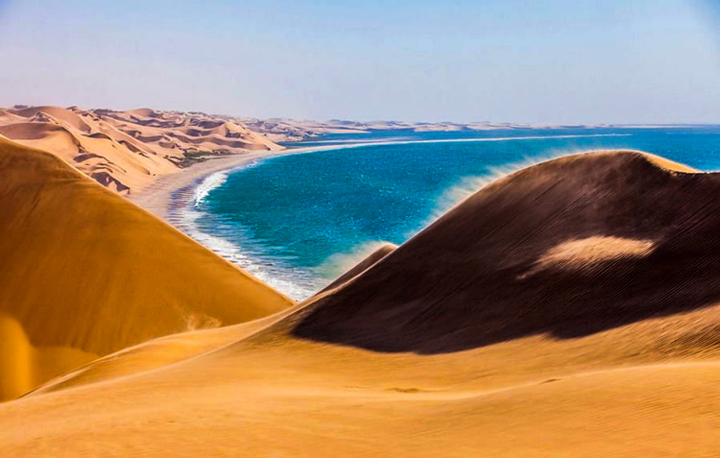 There is a famous natural attraction in Shahroud City in Semnan province, where nature lovers go there and camp in order to visit the clouds, standing like a sea below their feet. This location reminds us of Binacayan Mountain in the Philippines, where a similar phenomenon attracts tourist from all around the world. 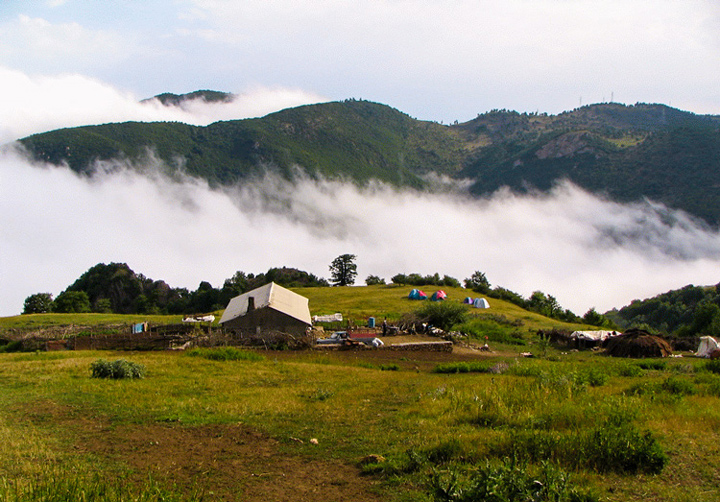 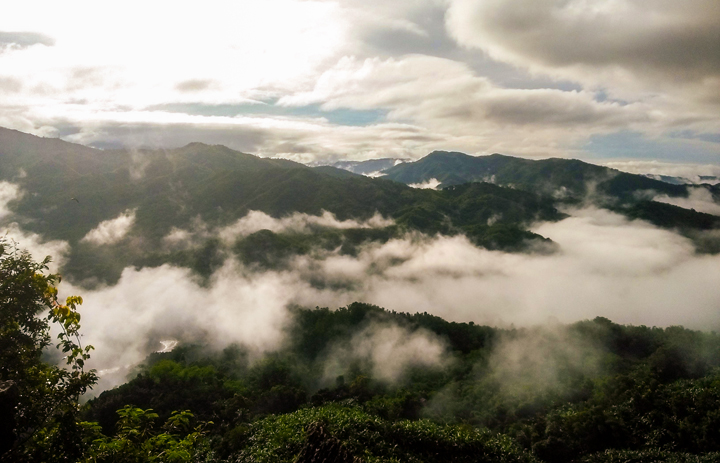 Aladaghlar or the rainbow mountains of Mahneshan in Zanjan province are one of the most beautiful manifestations of nature in Iran. These mountains are known for their otherworldly colors that mimic a rainbow, painted over the tops of rolling mountains. A similar phenomenon in China within the Zhangye Danxia Landform Geological Park has the same features. 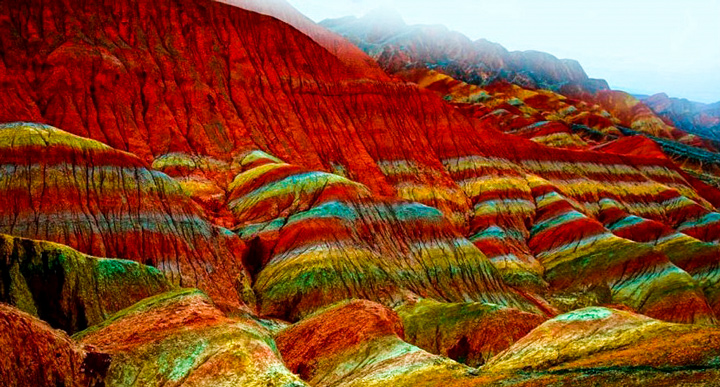 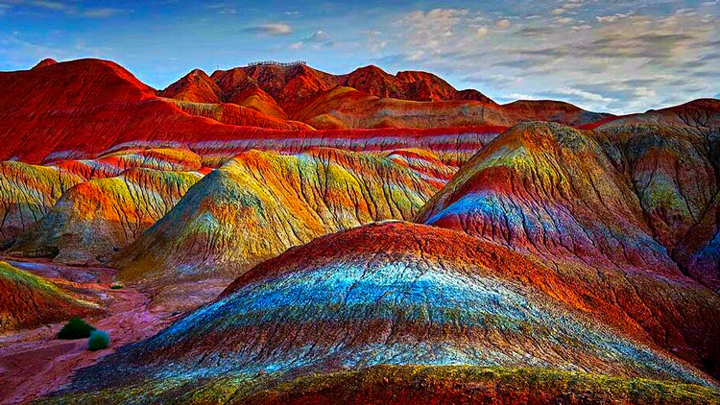 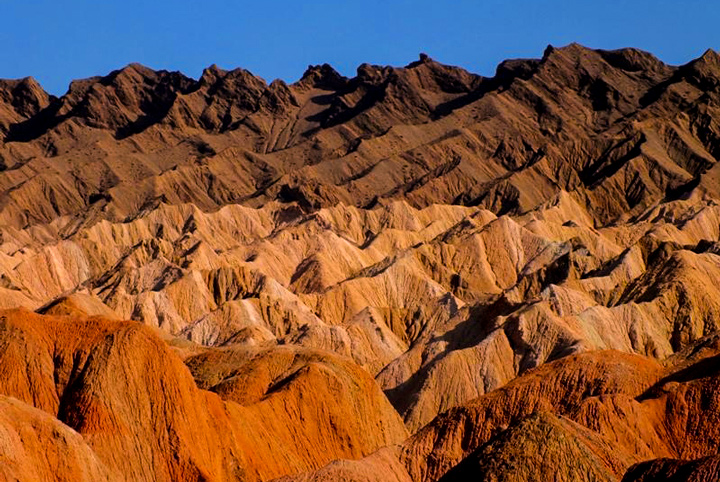 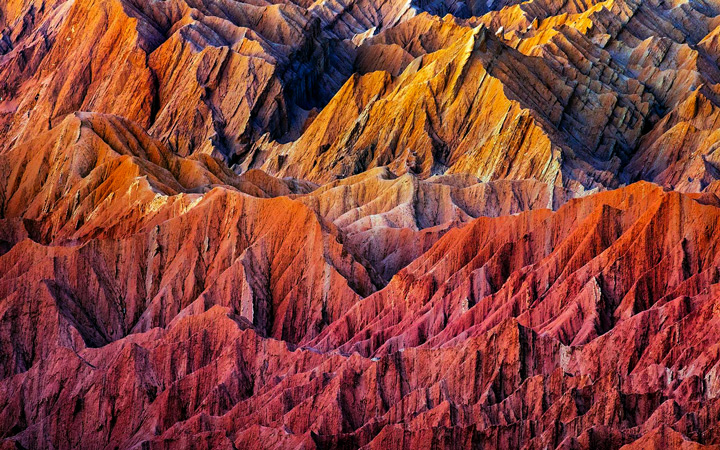 Shirez Canyon, located in the beautiful Lorestan province, is one of the greatest natural attractions of Iran. Shirez is a valley of about 5 kilometers long and can be compared with Kings Canyon in Australia. 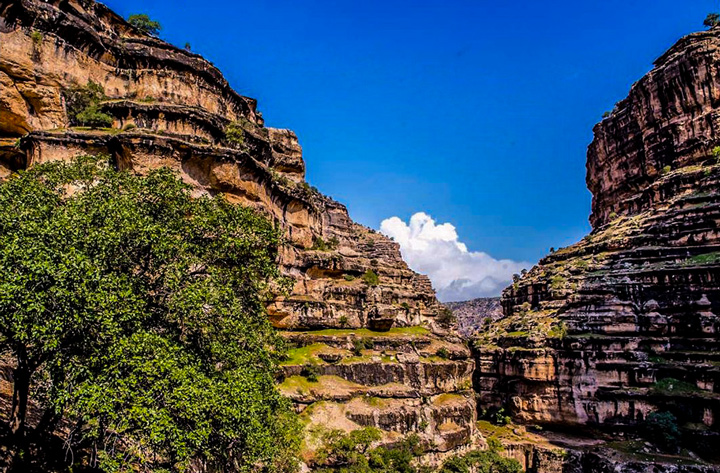 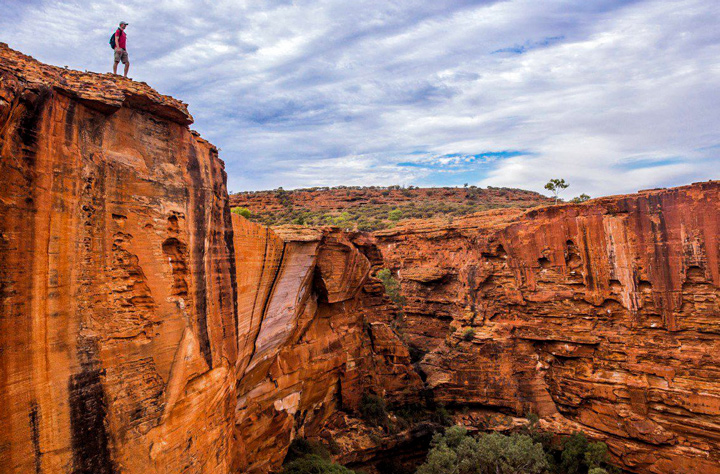 Pink lake is another amazing destination for those who love to visit unique spots on their trips. The one located in Shiraz in Fars province is called Maharloo and looks like the Victoria pink lake in Australia. Due to the existence of planktons and abundance of organic and inorganic substances, the lakes’ water turns pinkish red as a result of the red tide within the lake. 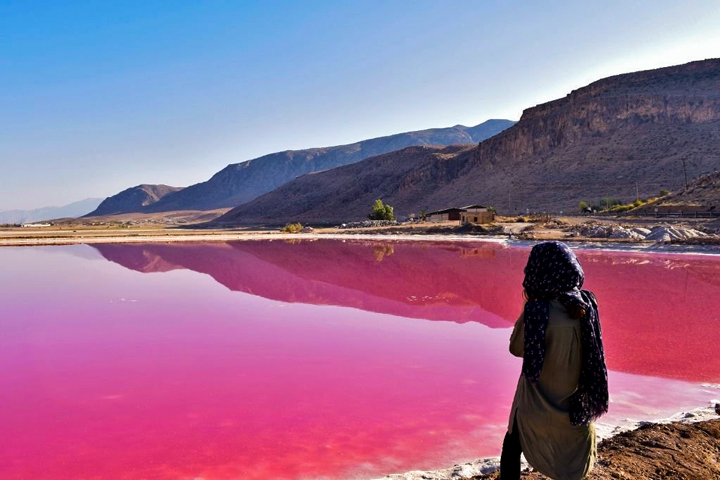 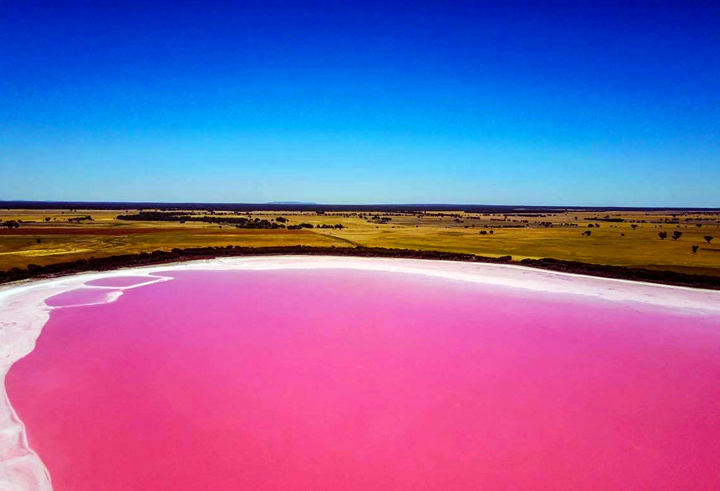 Lut desert Yardangs, also known as Kalouts, are unique attractions of Iran's Lut Desert. These strange structures, which are the result of thousands of years of erosion by wind and rain, are similar to the ones in another part of the globe in Utah State in the United States. 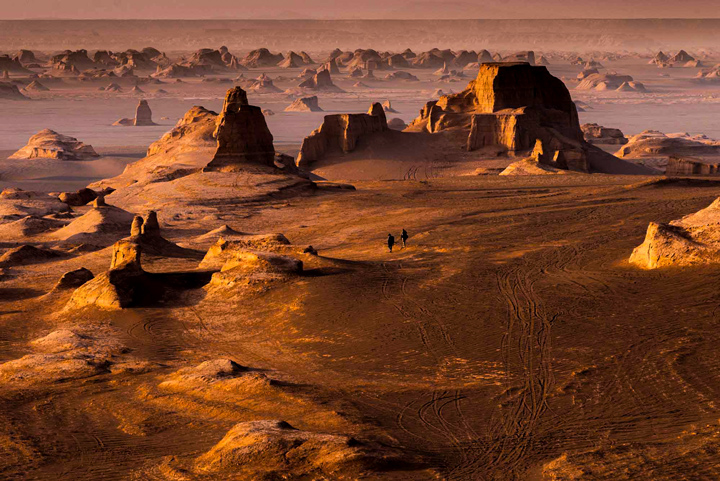 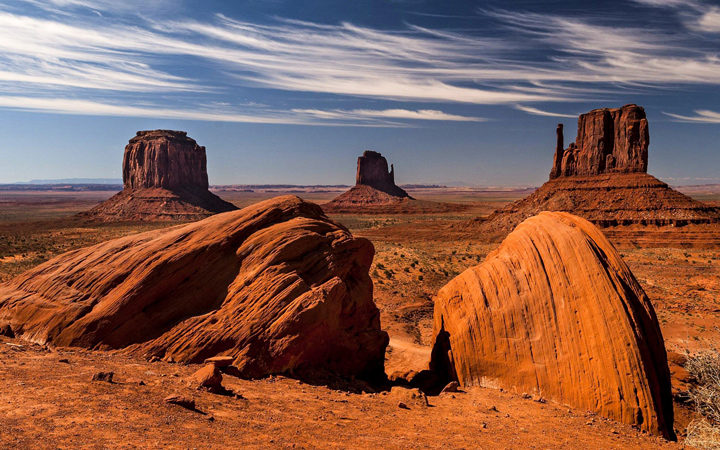 The high rocky shores of Beris in Chabahar, part of Makran’s coastline, are along a road that has the sea on one side and on the other side are the beautiful landscapes of cliffs and landforms. The cliffs along this road have shaped into various forms due to water erosion. The charm of this road is the phenomenon of sea waves that surge to meters in seasonal winds, similar to the Bunda Cliff Beach in Australia. 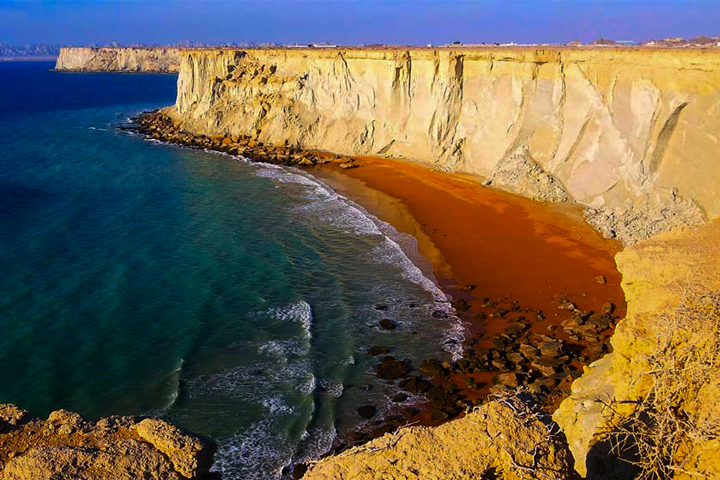 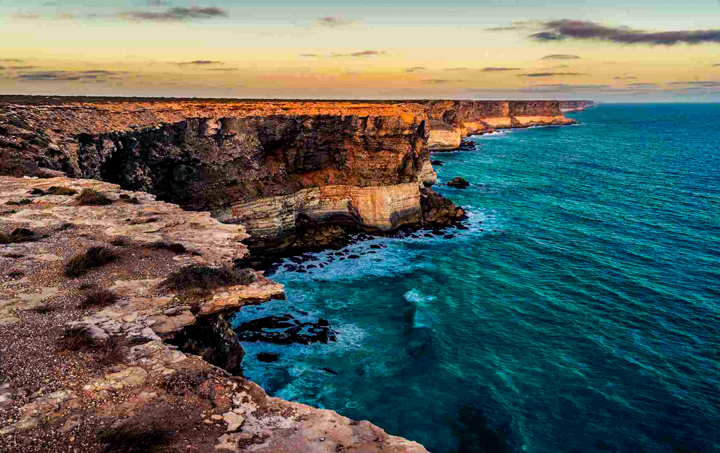 Another strange biological phenomenon that can be witnessed in beautiful Chabahar is the bioluminescence beach of Bandar-e Tang. This beach, similar to the Vaadhoo Beach in Maldives, shines bright like diamonds at night, a sea of blue stars and diamonds which are actually bacteria, plankton, and snails that live in the sea water and create a spectacular view at night. 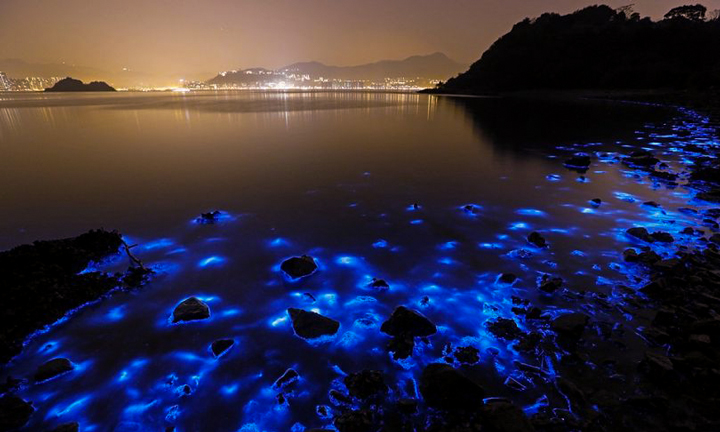 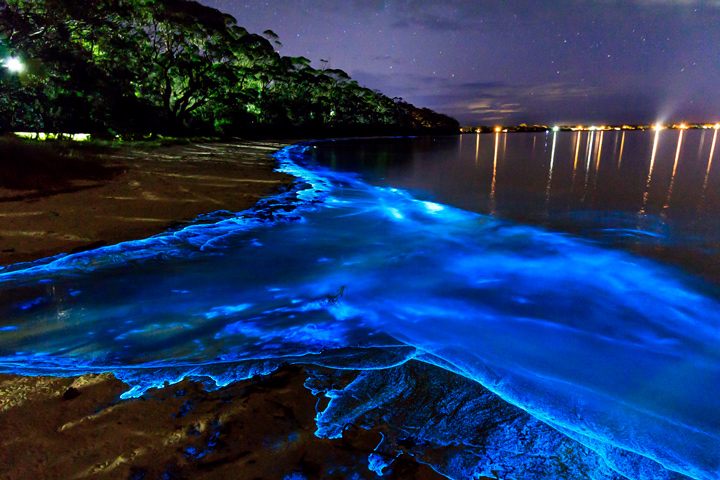 Khazineh valley is one of the most beautiful and amazing valleys of Lorestan province. This valley is located in the middle of the road to Andimeshk, near a village of the same name. Khazineh valley has been eroded over the years, and the Grand Canyon, located in Arizona, USA, has a striking resemblance to it. The Grand Canyon is a magnificent valley through which the Colorado River flows, and is caused by years of erosion, just like Khazineh Valley. 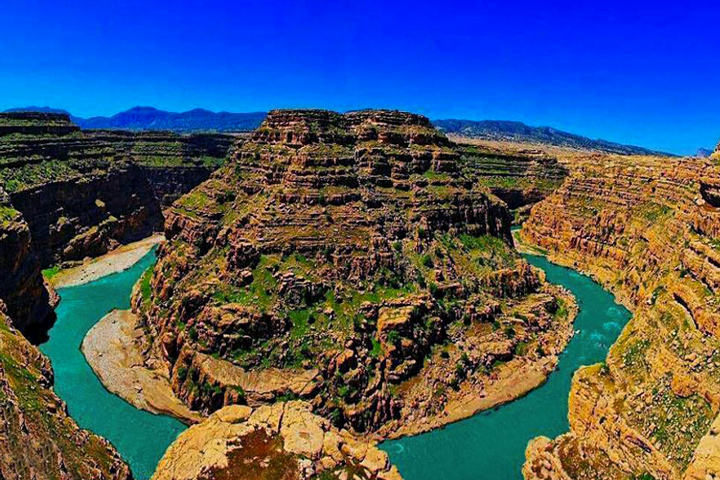 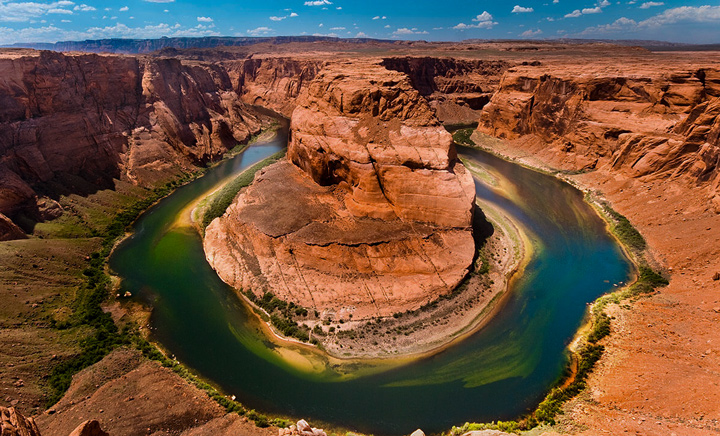