The Giant Crystal Cave discovered in 2000 after water was pumped out of the cave by a mining company. Two miners saw the crystals when they entered the drying cave on foot. The crystals are buried 300 meters beneath the Sierra de Naica Mountain in Chihuahua, Mexico. Giant Crystal Cave is a U-shaped cavity in the limestone. Roughly 30 meters long by 10 meters wide, it was filled with groundwater for tens of thousands of years. 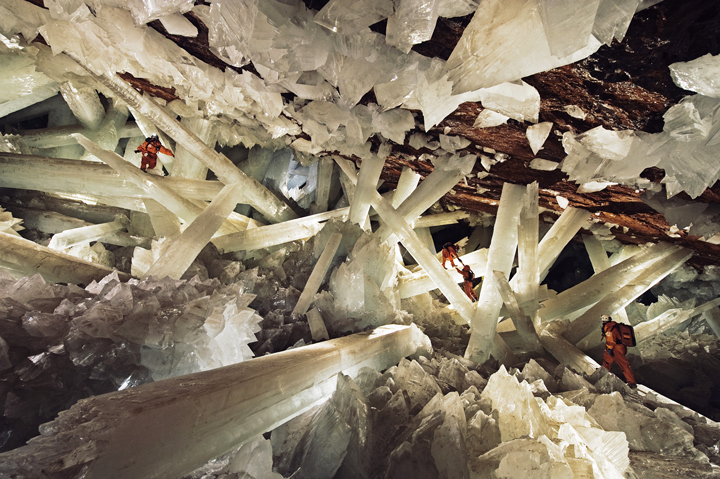 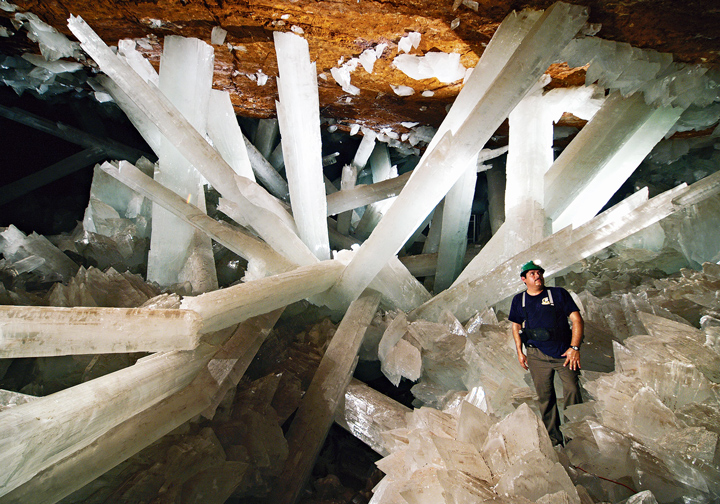 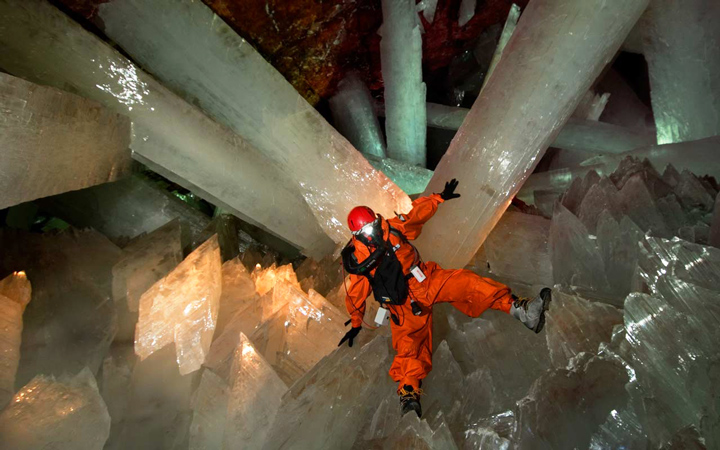 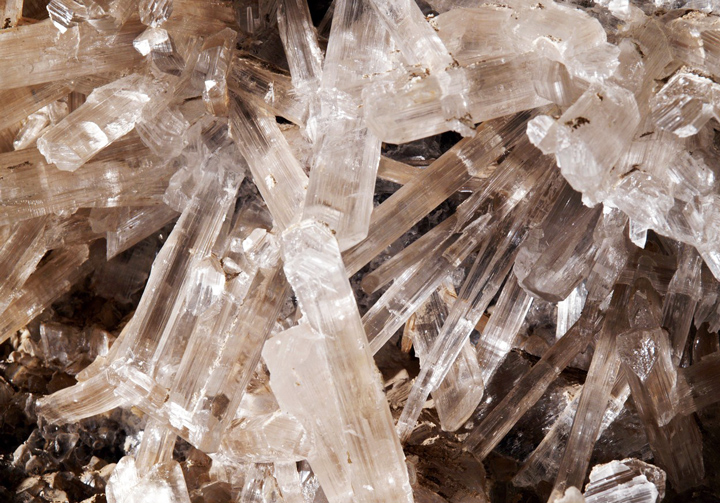 The magma underneath Giant Crystal Cave kept the water in the cave nice and hot. Eventually, however, the H2O's temperature dipped slightly below 58 degrees Celsius. After that happened, the anhydrate (consists of Calcium, Sulfur and Oxygen) started breaking down, filling the water with calcium and sulfate. The particles slowly began recombining into a kind of gypsum known as selenite. Because the crystals remained underwater (and because the water temperature stayed within a few degrees of 58 degrees Celsius) they were able to keep growing continuously. 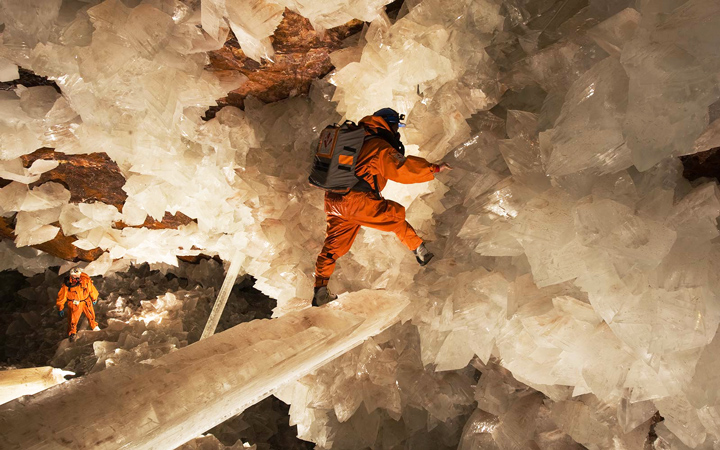 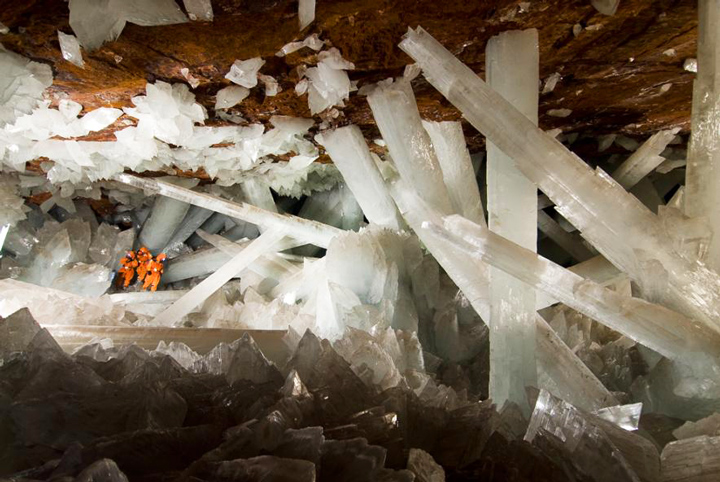 Granted, the crystals didn't turn into giants overnight. A 2011 study argued that, under the conditions that were available in this cave, it would've taken anywhere from 500,000 to 900,000 years to grow a selenite crystal measuring 1 meter in diameter. Nevertheless, over time, a lot of these things attained breathtaking sizes. The main chamber contains giant selenite crystals, some of the largest natural crystals ever found. The cave's largest crystal found to date is 12 m in length, 4 m in diameter and 55 tons in weight. Anchored to the walls and floor of the cave, the crystals went through at least half a million years of uninterrupted growth. 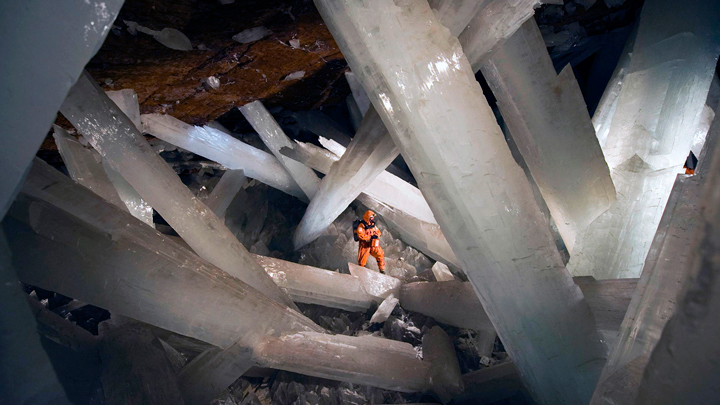 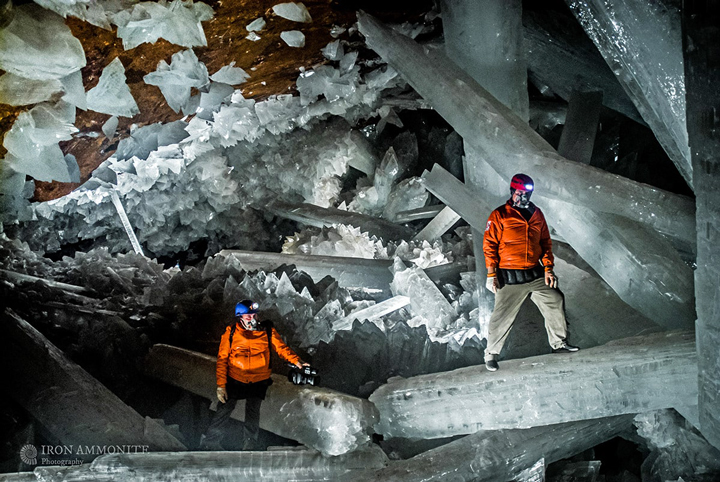 It soon became clear that Giant Crystal Cave was an inhospitable place. Not only did the air temperature climb as high as 47.1 degrees Celsius, but the humidity levels were also close to 100 percent. At first, explorers were limited to 10-minute forays into the cave due to the justifiable safety concerns. But with specially designed cooling suits, teams of scientists were eventually able to slightly prolong their visits. 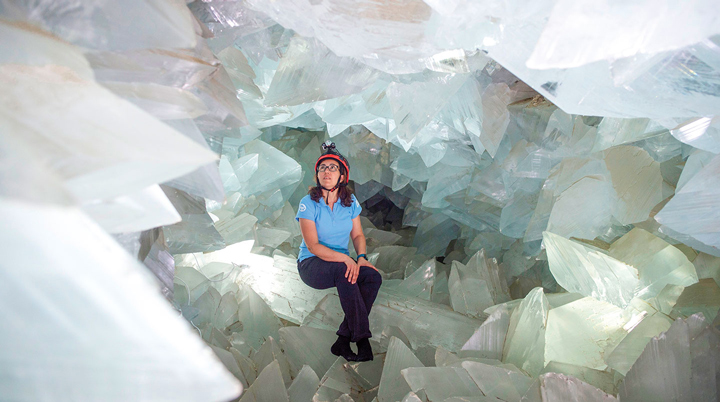 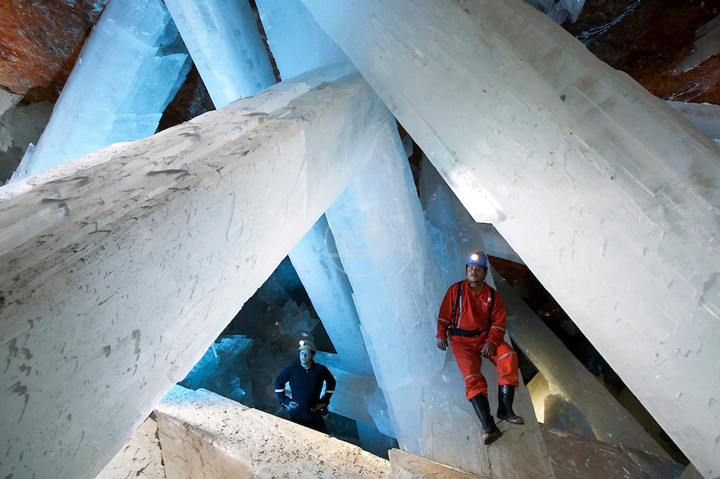