The Pagani Huayra is a mid-engine sports car produced by Italian sports car manufacturer Pagani, succeeding the company's previous offering, the Zonda. It is named after Huayra-tata, a Quechua wind god. The Huayra Tricolore has been conceived to mark the 60th anniversary of the Italian Air Force Aerobatic Team, known as Frecce Tricolori in its home country. Claimed to be the world’s largest aerobatics patrol, with 10 Aermacchi jets. Just three examples of the commemorative Huayra will be produced, but this special edition is more than just a bespoke paintjob: each features a “specially designed and developed” new bodyshell made from “advanced composite materials”. Pagani claims use of new carbon-based materials for the chassis has enhanced rigidity, and thus dynamic performance, while the suspension has been overhauled to reduce body lean in corners. 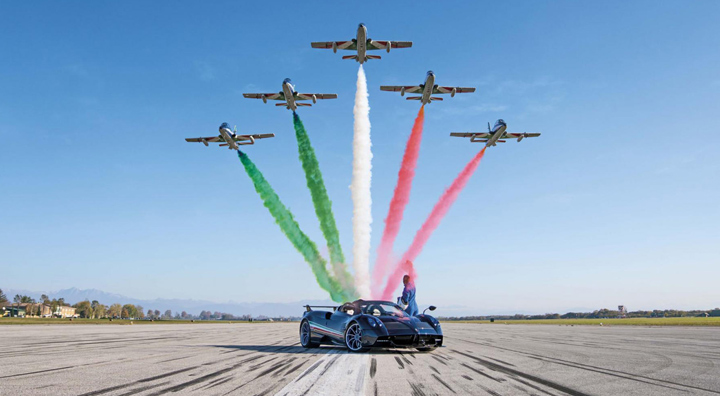 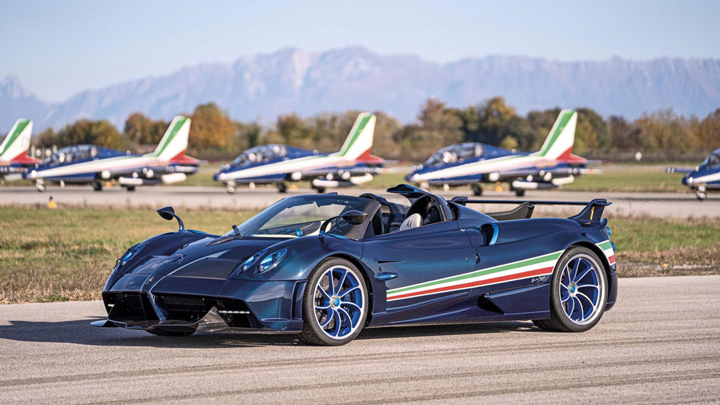 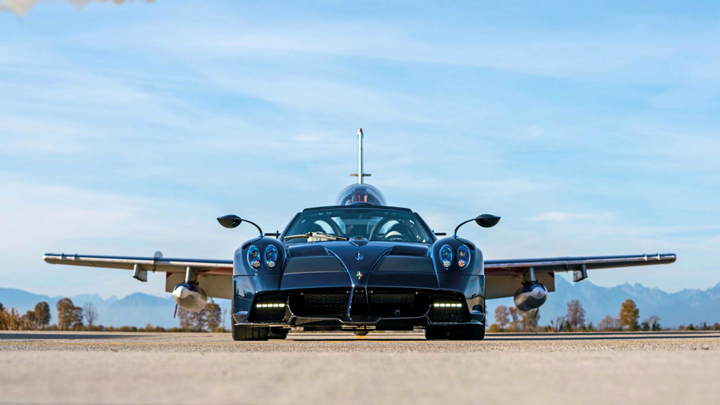 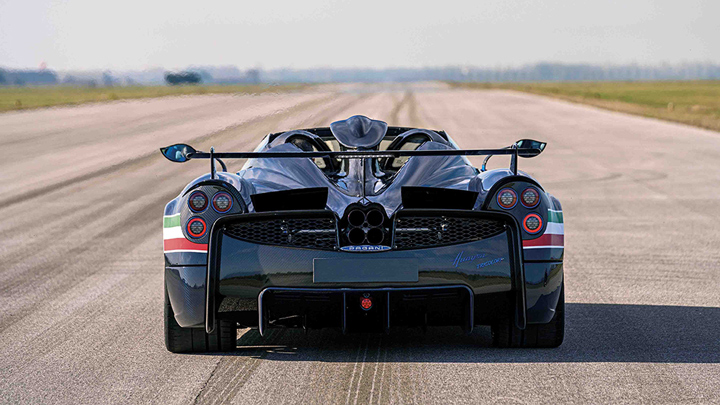 A new front splitter features for enhanced front-end downforce, with reshaped cooling vents in the front bumper channelling more air to the intercooler and, in turn, improving engine cooling. It has 829bhp “40 more than the Huayra BC” and 811lb ft from the familiar twin-turbocharged, AMG-built 6.0-litre V12 engine. It drives the rear wheels through a seven-speed single-clutch sequential gearbox and electromechanical differential. Pagani claims the “entire transmission system” is 35 per cent lighter than a DCT. The Huayra Tricolore will also be limited to three cars, each costing an astounding €5.5million. And they won’t simply be numbered one, two and three, but zero, one and ten after key members of the Frecce Tricolori. 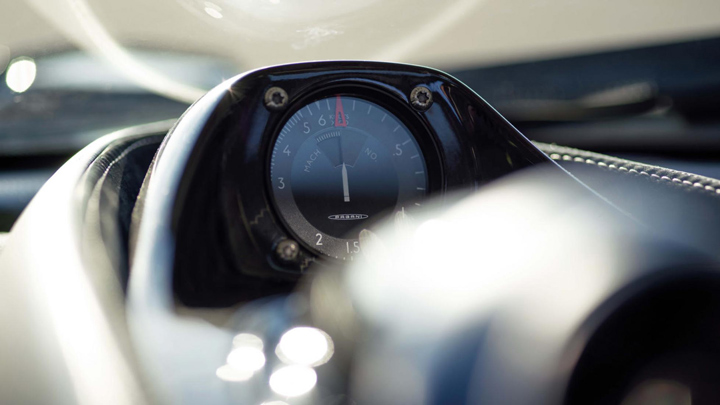 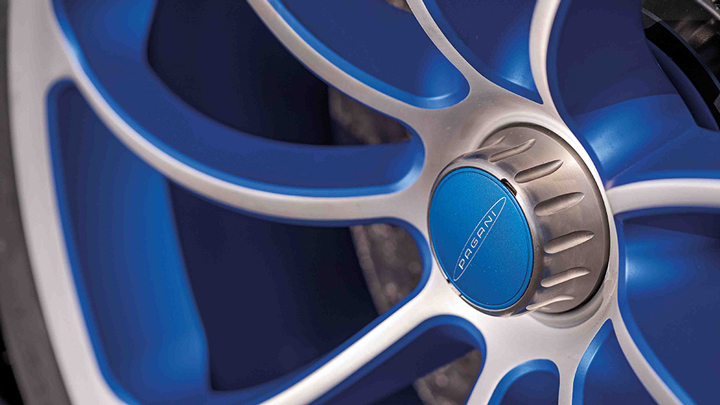 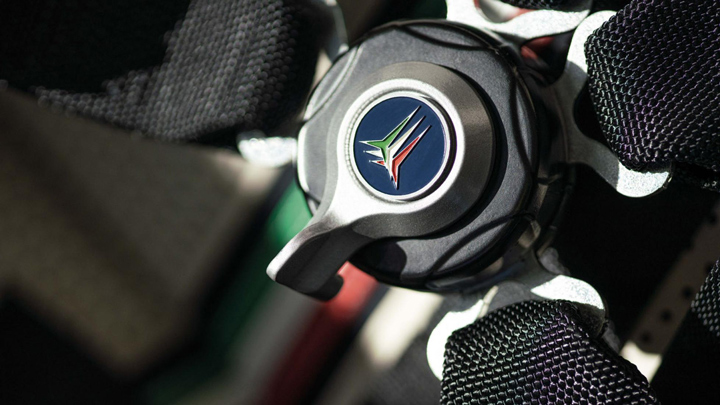 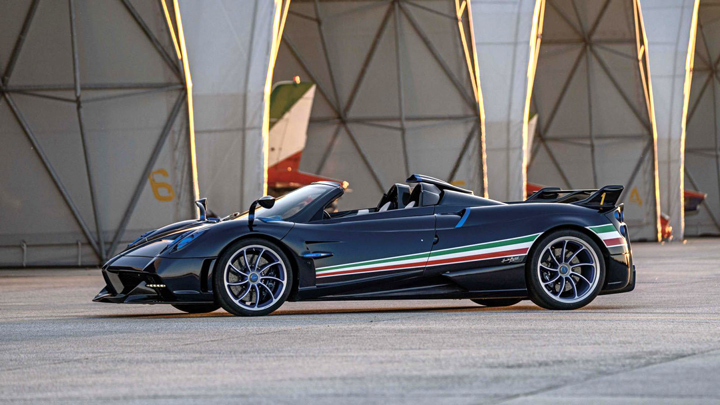