Polestar has revealed a new electric roadster concept called the O2. It’s a slick electric four-seater sports car with a design inspired by the Precept concept and upcoming Polestar 5. Approximately two years ago, Polestar unveiled the stunning Precept concept as a hint at the future of the company. The EV automaker used the four-door prototype as an inspiration for its new concept vehicle, which follows the same design language but applies it to a gorgeous-looking four-seat roadster. The O2 concept debuts to redefine “sports roadsters for the electric age.” 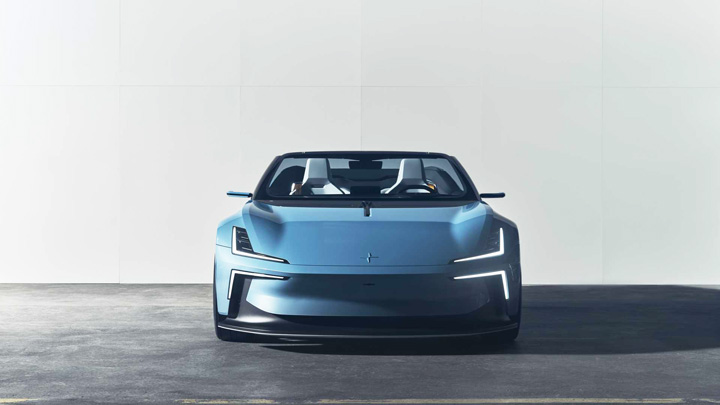 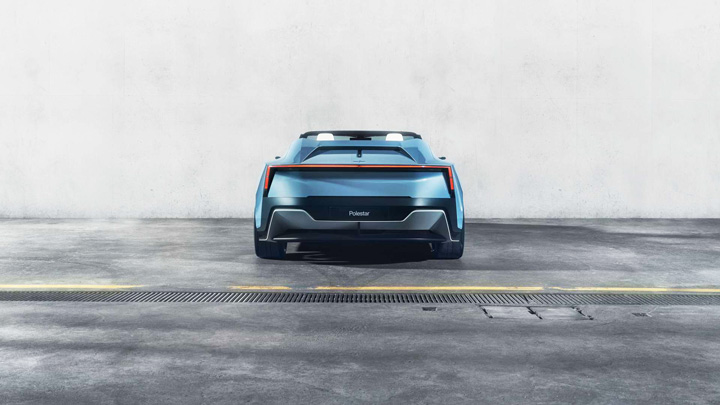 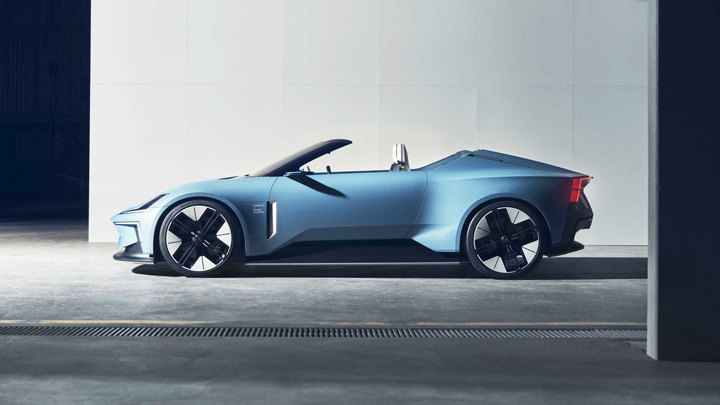 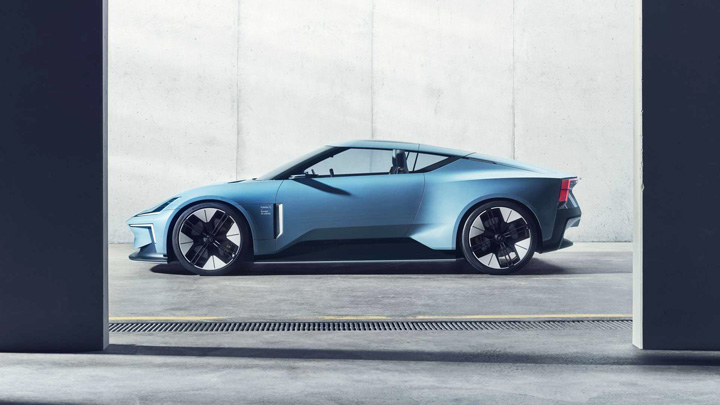 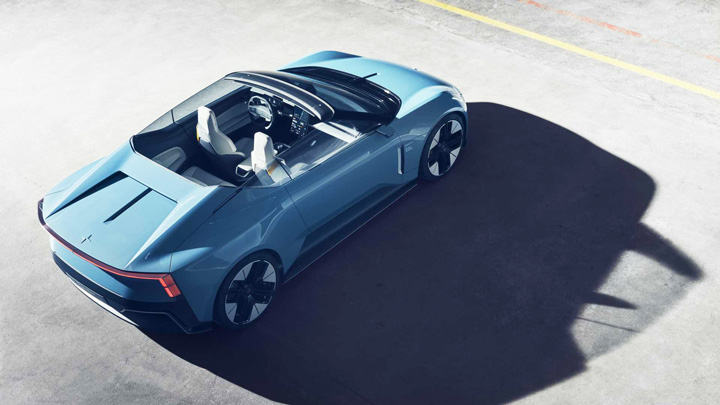 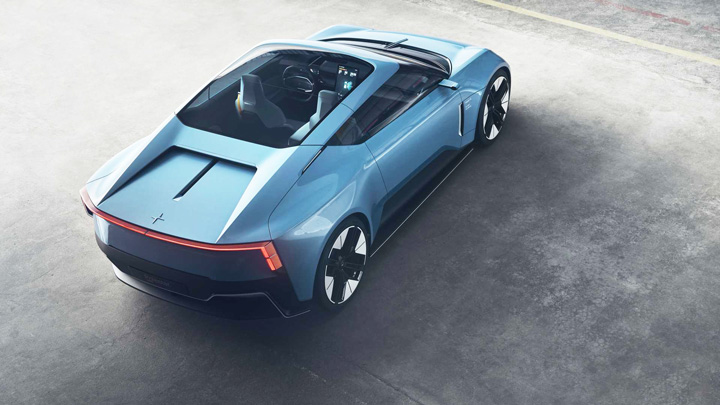 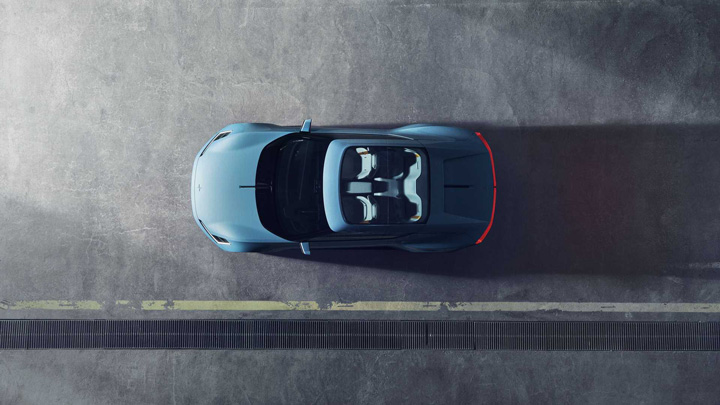 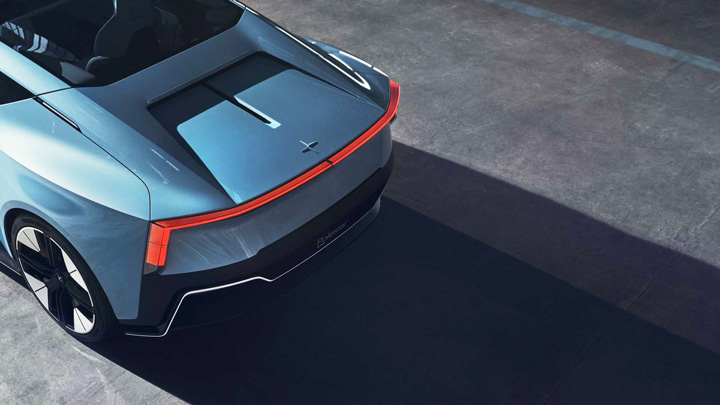 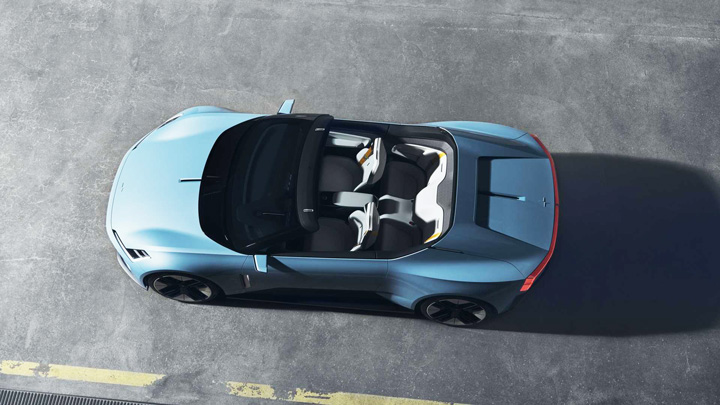 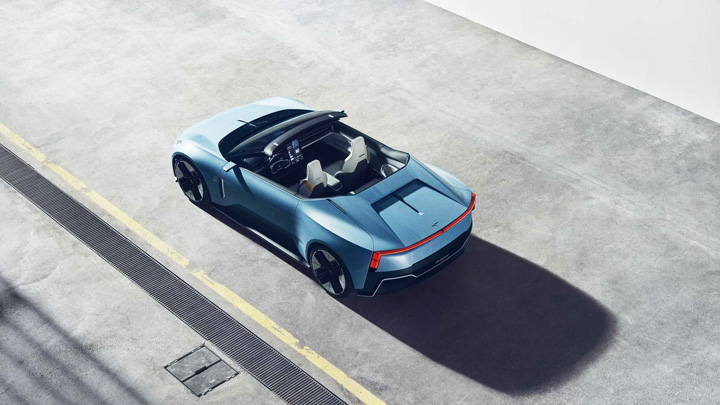 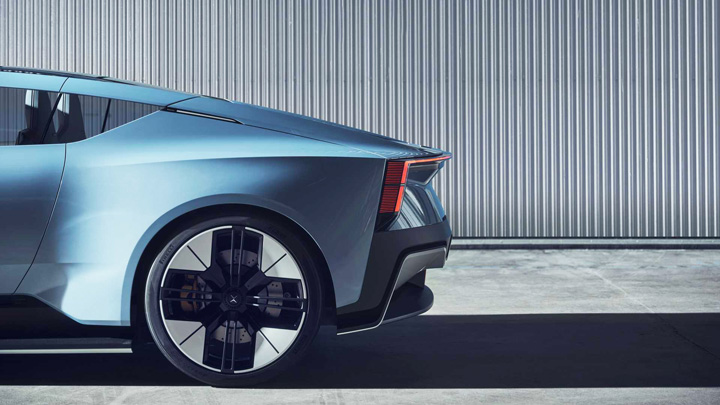 Aerodynamics play a big role on the O2. Ducts that exit behind the front wheels help smooth airflow over the side, and Polestar says the thin taillight acts as "air blades" to quell turbulence off the rear of the roadster. A ‘Cinematic drone’ also features behind the rear seats which can be deployed on the move. This is designed to allow you to take photos and videos for social media. There are currently no plans to put the Polestar O2 concept into production, but since it rides on the same platform as the upcoming 5, it isn't out of the realm of possibility. 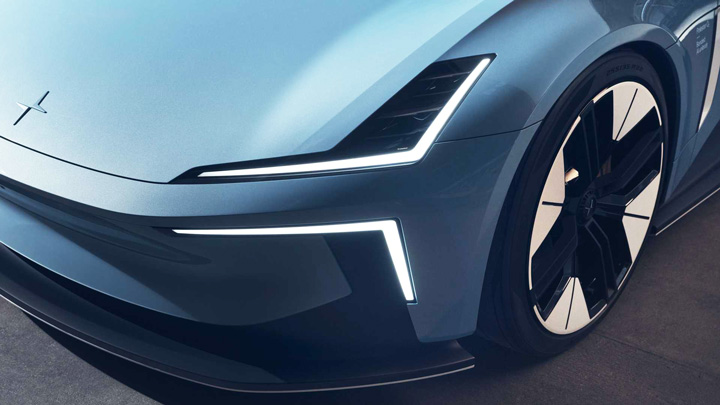 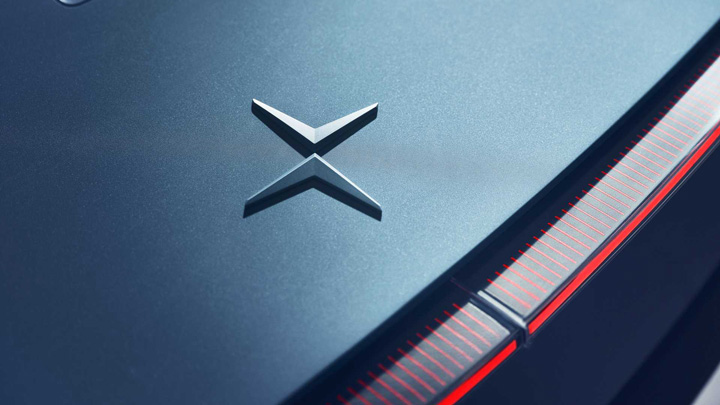 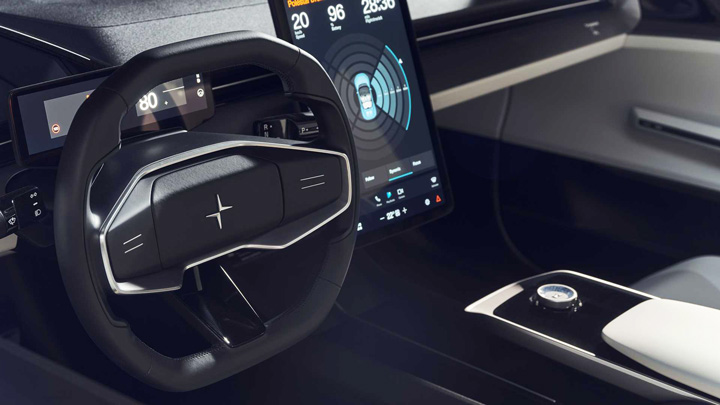 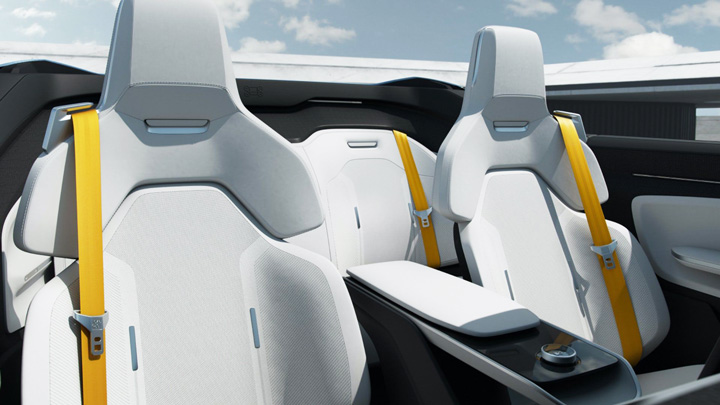 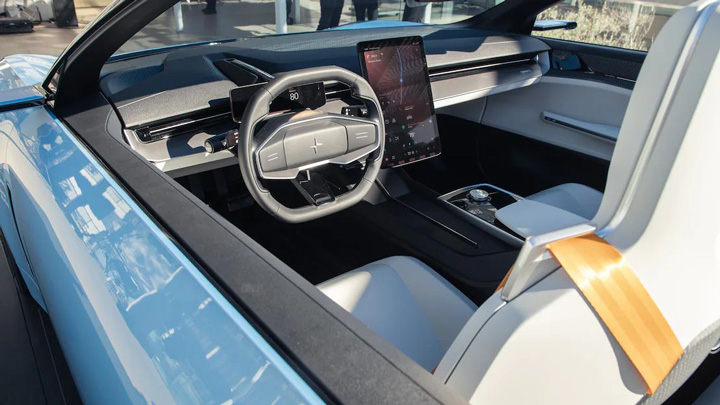 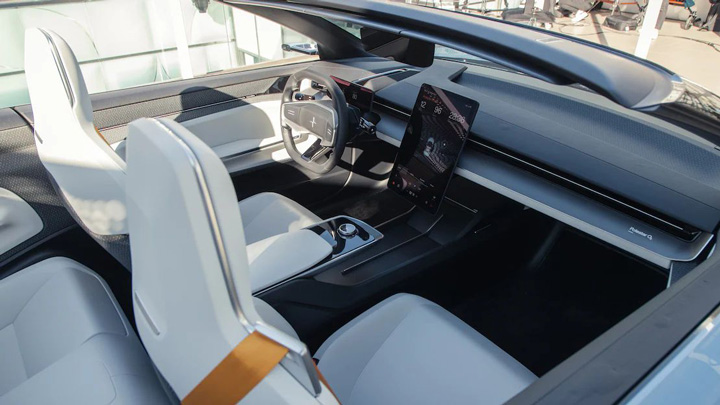 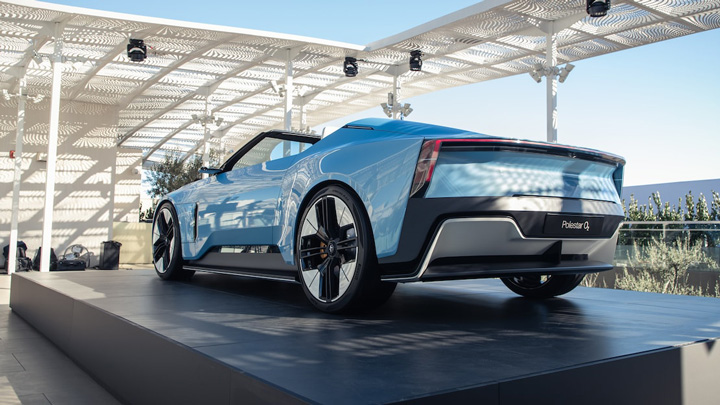 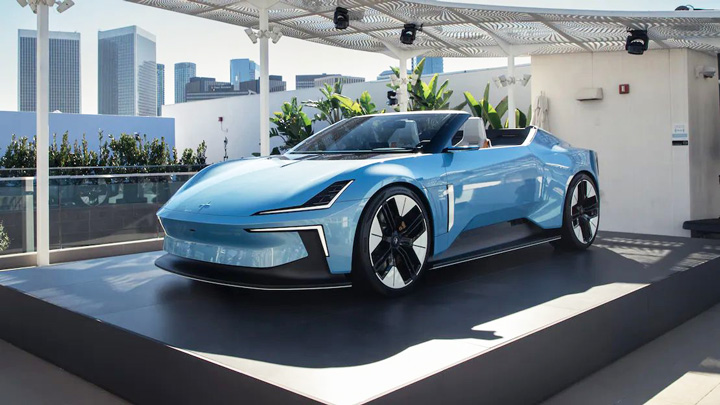 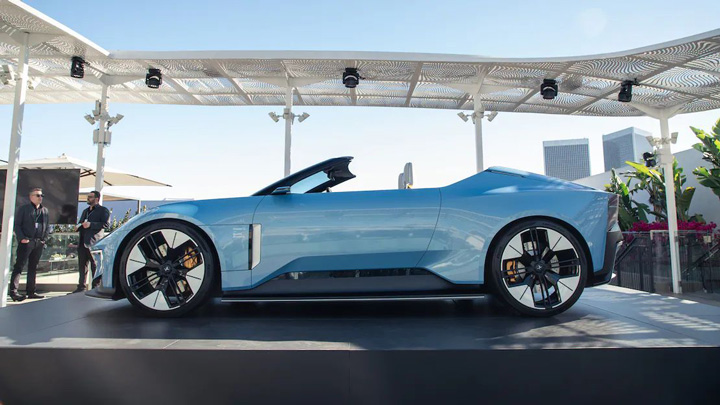